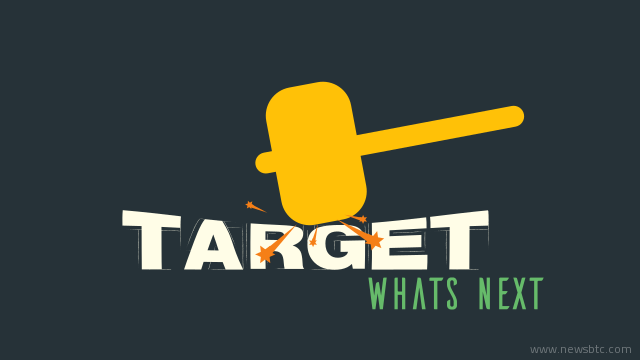 Dash price correction phase is likely to complete soon, which means buyers might take control in the near term.

As highlighted in the weekly analysis, the Dash price surged higher after clearing a couple of major resistances like 0.0120BTC and 0.0125BTC. The upside after the break was stalled around 0.0156BTC, which turned out to be a major barrier for buyers. The price declined or we can say corrected sharply after testing the mentioned area. It even tested the 50% Fib retracement level of the last wave from 0.0104BTC to 0.0156BTC, which is a worrying sign in the short term.

However, there is a critical bullish trend line building on the hourly chart, which is currently preventing further losses. We must not forget that 0.0125BTC is a monster support area for buyers. It acted as a support and resistance previously, which means this time it might help buyers. The highlighted trend line holds a lot of value, as a break below it might negate the current bullish view and shift the focus towards more losses.

There is a divergence forming on the hourly MACD, which means the chances of a move higher is more compared with a break lower. On the upside, the first hurdle for buyers is around 0.0140BTC, which is a swing area for both buyers and sellers.

It looks like buyers might struggle to prevent a trend line break, but if they succeed, then a sharp upside reaction is likely.

Tags: Dashdash price actionDash Price Technical Analysis
Tweet123Share196ShareSend
BitStarz Player Lands $2,459,124 Record Win! Could you be next big winner? Win up to $1,000,000 in One Spin at CryptoSlots