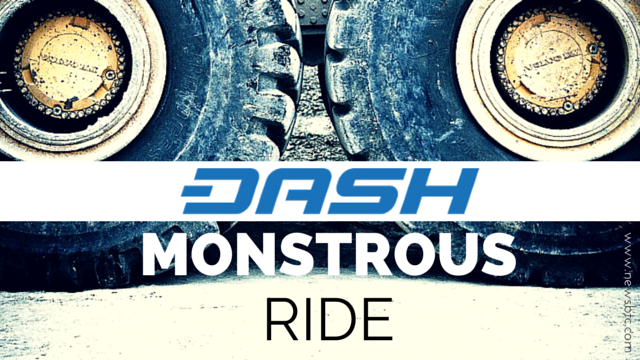 Dash price blasted higher and traded above several key resistance levels that ignited a monstrous ride this past week.

We were forecasting a major break for Dash price towards the upside, as most technical indicators were aligning in favor of bulls. There was a bearish trend line formed on the hourly chart, which was breached this past week. It ignited an upside move, which cleared the way for more gains. However, there was a major barrier formed around 0.0120BTC, which acted as a pivot for the price on many occasions. The best part was the fact that there was a break above the mentioned level, which paved the way for more gain in the short term.

The rise was very sharp that outpaced sellers to a great extent. The price traded as high as 0.0156BTC where there was a minor selling interest noted. It looks like that a minor correction phase started that might take the price towards the 38.2% Fib retracement level of the last leg from 0.0105BTC to 0.0156BTC. There was a major break noted and more upsides cannot be denied in the short term.

We need to see how the correction wave shapes, and whether buyers manage to defend it or not moving ahead. The most important swing is now established around 0.0125-0.0120BTC.

The hourly RSI and MACD are around extreme overbought levels, which suggests that a correction is likely in the short term. However, the uptrend is intact and any pullbacks from the current levels may be seen as a buying opportunity.