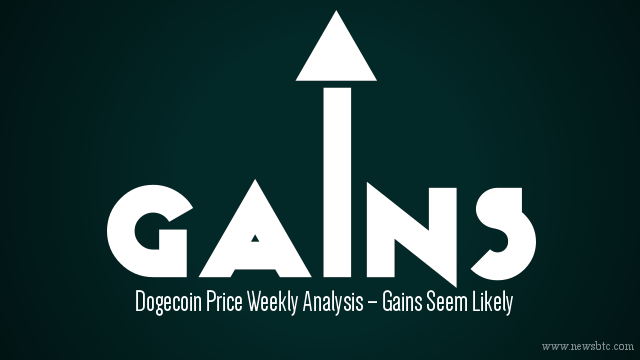 Dogecoin buyers managed to take prices higher, but there was a lack of momentum which ignited a consolidation phase.

During this past week, we followed a critical resistance area around 69.0-70.0 Satoshis for Dogecoin. There was an upside break during the end of week, which called for more gains in the short term. The upside was stalled around another resistance zone at 72.0 Satoshis, which was also coinciding with a bearish trend line on the hourly chart. However, the price successfully settled above 69.0 Satoshis, which is a positive sign.

The price is trading in a tiny range as of writing, and waiting for a catalyst for the next move. The hourly RSI is completely flat, but holds above the 50 level, signaling that more gains are likely in the near future. Moreover, the price is also above the 100 hourly simple moving average. If buyers get a reason to take the price higher, then a break above the highlighted bearish trend line could set up for a move towards the last swing high of 77.0 Satoshis. However, there is an intermediate resistance around 61.8% Fib retracement level of the last drop from 79.4 Satoshis to 65.3 Satoshis.

On the downside, the 100 MA can be seen as a pivot area. A break below 100 MA may perhaps ignite a downside reversal moving ahead.

In short, as long as the price is above the 100 MA, the chance of a break higher is a lot more.

Tags: DogecoinDogecoin Buyers HesitatesDogecoin price analysis
Tweet123Share196ShareSend
Win up to $1,000,000 in One Spin at CryptoSlots