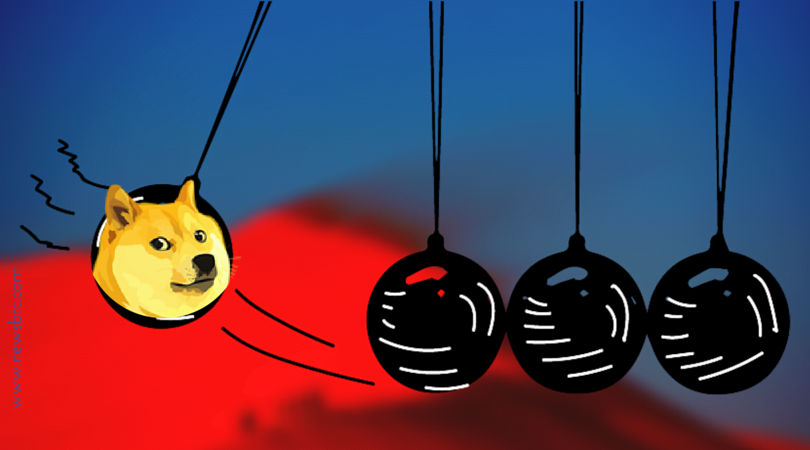 Buying Dogecoin seems like a fair deal currently, as both buyers and sellers are struggling, but 65.0 Satoshis is the support area to watch out.

Yesterday, we highlighted a descending channel on the hourly chart of Dogecoin. There was a break noted Intraday above the channel resistance trend line, but the upside was limited. There was a main reason for the same, as the 100 hourly simple moving average stalled gains and prevented buyers from taking the price higher. Moreover, the 61.8% Fib retracement level of the last drop from 71.8 Satoshis to 66.0 Satoshis also played its part to protect upsides. There were at least four attempts to break the mentioned Fib level, but buyers failed to take the price above 69.5 Satoshis. We need not to forget that there are a few more critical hurdles on the way up, including 70.0 Satoshis and the previous swing area of 71.8 Satoshis.

The price is currently moving lower, and finding bids around the broken trend line. There is a chance that it might retest 65.0 Satoshis, which holds the key in the short term.

If sellers managed to take the price below 65.0 Satoshis, then there is a possibility of it moving towards 62.0 Satoshis or even 60.0 Satoshis.

Both the hourly RSI and MACD are not pointing any further weakness in the price, but buyers need to be very careful as there are many barriers on the upside.

Tags: DogecoinDogecoin Buyers strugglingDogecoin price breaks higher
Tweet123Share196ShareSend
Win up to $1,000,000 in One Spin at CryptoSlots