Dogecoin Price Setting Up For Another Leg Lower? 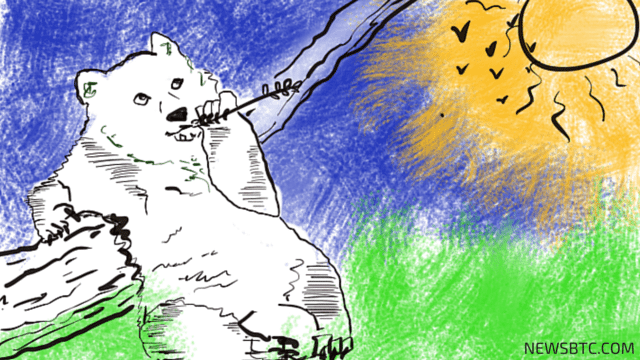 Dogecoin price likely completed a short-term correction, and it may dive down one more time to trade near the last swing low of 32.0 Satoshis.

Yesterday, we stated that there is a monster resistance building near 35.0 Satoshis, which may prevent the upside move in the near term. The price did traded close to the stated level, but failed to break it. Dogecoin price is now moving lower once again, and also closed below the 100 hourly simple moving average (price feed from HitBTC). There is a chance that the price may head back towards the recent low of 32.0 Satoshis where buyers could put up a fight in the short term.

When analyzing the hourly chart with the price feed from CEX.IO, then we may notice that the 50% Fib retracement level of the last drop from the 40.0 Satoshis high to 30.0 Satoshis low is playing its part well and acting as a resistance.

However, there is no denial that there are some positive signs emerging for buyers via this data feed. There is a possibility of the price moving towards the highlighted trend line and resistance area once the price settles above the 100 hourly simple moving average.

Hourly MACD – The hourly MACD is in the bearish slope, pointing more losses.

Hourly RSI – The RSI is below the 50 level, which is another sign of bears.