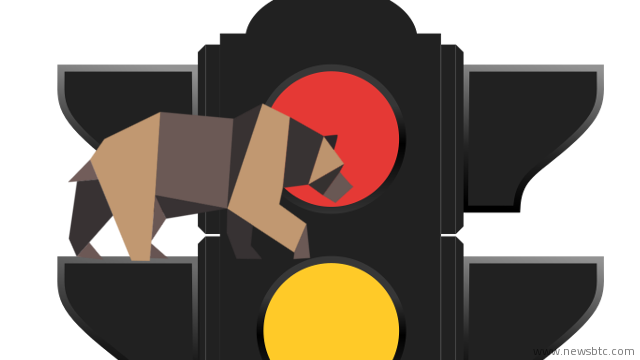 Dogecoin price failure to trade above 80.0 Satoshis is a critical bearish sign, suggesting how important the resistance is for buyers in the near term.

Dogecoin price as mentioned failed around 80.0, and traded lower. The downside reaction was very sharp that took the price below an important support area. As we highlighted earlier too that 66.0 Satoshis is a major swing area in the short term. The price even settled below the stated level, and traded as low as 58.9 Satoshis. A new low was established, which speaks volume about the amount of bearish pressure.

There is a descending channel formed on the hourly chart, which is acting as a catalyst for more declines. There was once a break above the highlighted channel, but it turned out to be a false one, as the price failed once again to trade higher. The 100 hourly simple moving average also prevented more gains and stalled the upside in the near term. If the price corrects higher from the current levels, then an initial resistance could be seen around the 38.2% Fib retracement level of the last drop from 79.0 Satoshis to 58.9 Satoshis.

On the downside, the recent low of 58.9 Satoshis is a short-term support along with the channel lower trend line.

The hourly RSI is below the 50 level, meaning the bearish pressure in intact in the short term.

Tags: DogecoinDogecoin price analysisdogecoin price technical analysis
Tweet123Share196ShareSend
BitStarz Player Lands $2,459,124 Record Win! Could you be next big winner? Win up to $1,000,000 in One Spin at CryptoSlots