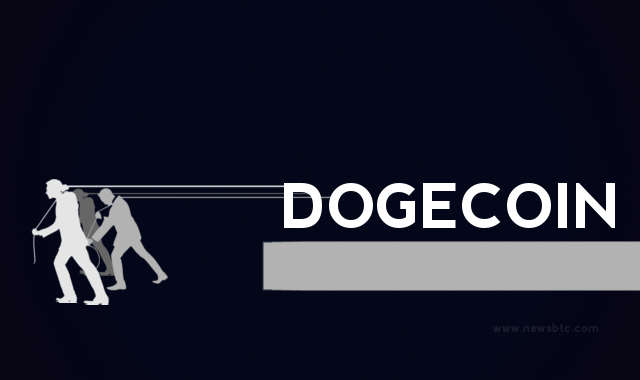 Dogecoin price failure to catch a trend is not a positive sign, and might put the price in a long term consolidation phase.

Can It Trade Higher?

We all have been waiting for a beak in Dogecoin price, but the question remains is when it will happen. There is now a bearish trend line formed on the hourly chart, as highlighted in yesterday’s post which is acting as a hurdle for buyers. An immediate resistance on the upside is around the 100 hourly simple moving average, which is around the Upper Bollinger Band. We need to see whether buyers can manage to clear it, and take the price higher.

There is also a major barrier around the 23.6% Fib retracement level of the last drop from 82.0 Satoshis to 59.8 Satoshis, as the range resistance is positioned around it. In short, the 66.0 Satoshis area is a major resistance, and buyers might face a tough time in clearing the same. A break and close above it could ignite an upside move, taking the price towards the 50% Fib retracement level. There is a sharp spike noted in the hourly RSI graph, which is a sign of things to come.

On the downside, the last low of 60.0 Satoshis is a critical support area, followed by 54.0 Satoshis.

The hourly MACD is showing no signs of a break, which is a divergence sign compared with RSI.

Tags: DogecoinDogecoin price analysisdogecoin price technical analysis
Tweet123Share196ShareSend
BitStarz Player Lands $2,459,124 Record Win! Could you be next big winner? Win up to $1,000,000 in One Spin at CryptoSlots