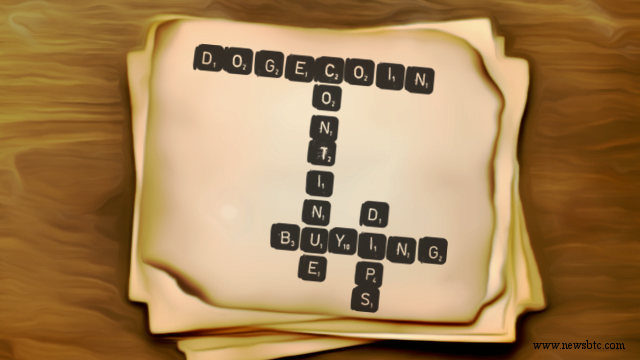 Dogecoin was up by around 6% Intraday, as sellers continued to struggle. More gains are possible as long as the bullish trend is intact.

Dogecoin recent rally is pretty impressive, as the price continued to set a new high daily. It is following a nice pattern like – trade higher, correct and then move back higher. Yesterday’s high was 77.5 Satoshis, which was cleared recently to trade near 87.7 Satoshis where it found resistance and currently correcting lower.

There is a bullish trend line formed on the hourly chart of Dogecoin, which might act as a hurdle for sellers if prices move further lower from the current levels. At the moment, the price is around the 38.2% Fib retracement level of the last leg from 58.0 Satoshis to 87.7 Satoshis.

However, there is a critical support forming around the 50% Fib retracement level, as it is coinciding with the highlighted trend line. Moreover, the 100 hourly simple moving average is floating below the 61.8% Fib level and around the Lower Bollinger Band. In short, there are many support areas building on the downside to provide support to Dogecoin.

On the upside, initial resistance is around 80.0 Satoshis, followed by the last swing high of 87.7 Satoshis. A break above 87.7 Satoshis could take prices toward 90.0 Satoshis where sellers might appear.