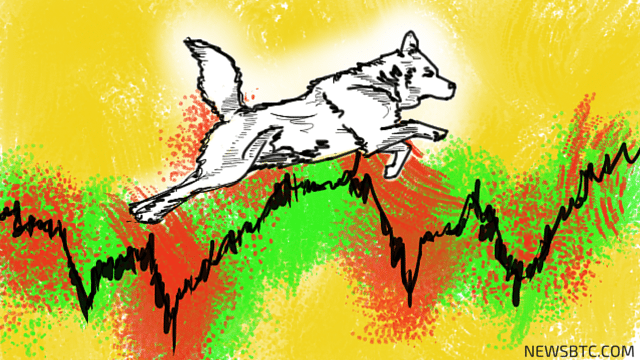 Dogecoin price continued to move inside a tiny range. A break on the either side may ignite some volatility moving ahead.

42.0 Satoshis as a Resistance

We had a look at the daily timeframe chart of Dogecoin price yesterday and highlighted that the price is trading near a major pivot area and below a major resistance. There was no major move in the price Intraday, and it looks like the price is forming a range on the hourly chart (price feed from HitBTC).

The range resistance on the upside is around 42.0 Satoshis, and on the downside the support lies around 36.0 Satoshis. The most interesting thing to note is the fact that the 100 hourly simple moving average (MA) is inside the range.

The price feed from CEX.IO suggests that there is no major price action. The price is not able to gain momentum, and formed a breakout structure on the 30-mins chart as highlighted in yesterday’s post. An initial support can be around the 23.6% Fib retracement level of the last wave from the 28.5 Satoshis (low) to 41.1 Satoshis (high).

There are mixed signals at the moment, but looking at the higher timeframe it looks like the price is under the bearish pressure.

Hourly MACD – There is no real signal from the hourly MACD, suggesting range moves.

Hourly RSI – The RSI is under the bearish divergence, and signaling a move lower in the short term.

Tags: DogecoinDogecoin price actionDogecoin price analysisdogecoin price technical analysis
TweetShare
BitStarz Player Lands $2,459,124 Record Win! Could you be next big winner? Win up to $1,000,000 in One Spin at CryptoSlots