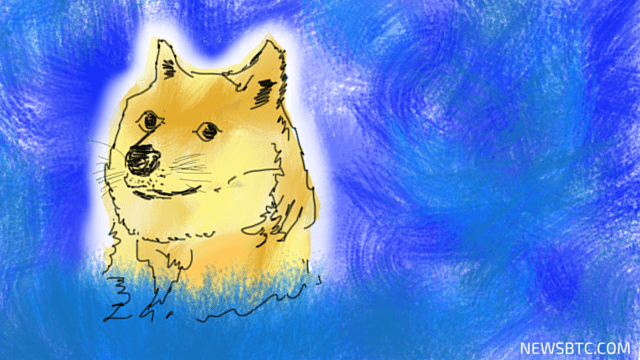 Dogecoin price struggle continued, as the 100 hourly MA is acting as a barrier for more gains.

Can Buyers make it?

We highlighted in yesterday’s post that the Dogecoin price managed to find support near 51.3 Satoshis. It is now making an attempt to trade higher. However, there are many barriers aligned on the upside for buyers. The most important one of them is the 100 hourly simple moving average. There is now a bearish trend line formed as well around the stated MA that might act as a catalyst for the next move in the near term. Furthermore, the 38.2% Fib retracement level of the last drop from 58.3 Satoshis to 51.3 Satoshis is also positioned around the highlighted trend line and resistance area.

So, we can say that there is a cluster of resistances formed near 100 MA. The buyers need to clear it if they want to take the price higher in the near term. A break above it could take the price towards the next hurdle, which is around the 50% Fib level.

On the downside, an initial support is near 52.5 Satoshis, followed by the last swing low of 51.3 Satoshis. A failure to break higher might ignite a downside reaction in the price moving ahead.

The hourly RSI is above the 50 level, which may perhaps encourage buyers moving ahead.