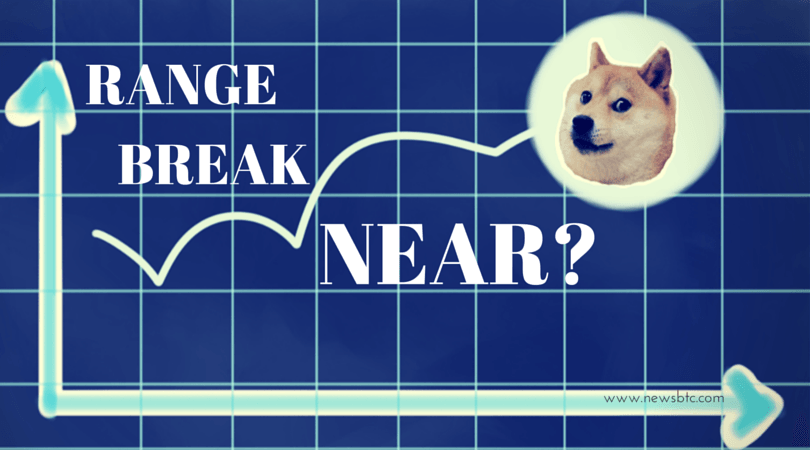 Dogecoin price making an attempt to move higher, but struggling to clear the 100 SMA, which is acting as a barrier.

We stated yesterday that the price below 60.0 Satoshis is a bearish call and it was seen struggling to clear the stated level. However, there was one new minor low was formed, as the price fell towards the 76.4% Fib retracement level of the last wave from 53.5 Satoshis to 65.9 Satoshis. It where the price found bids and traded higher, and even managed to break the 60.0 Satoshis resistance area. However, the upside was stalled around the bearish trend line highlighted yesterday. The most important point is that the same trend line is aligned with the 100 hourly simple moving average. So, there is a major hurdle forming around 62.0 Satoshis.

Now, it looks like there is triangle pattern forming on the hourly chart, which might act as a reason for a break moving ahead. A break above the triangle resistance and 100 SMA might call for more gains in the near term. In that case there is a possibility of a move towards 67.0 Satoshis.

On the downside, the triangle support trend line might come into action and prevent downsides. A break below it may be a bearish call for buyers.

The hourly RSI and MACD are positioning for a break in the short term.