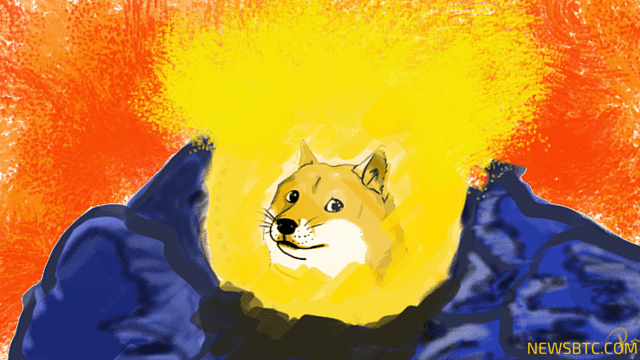 Dogecoin price traded higher Intraday, and if the recent trend line break on the hourly chart is true, more losses are likely moving ahead.

Dogecoin price managed to pop a few points higher Intraday, and traded above a major bearish trend line formed on the hourly chart (data feed from HitBTC). Buyers also succeeded in taking the price above the 100 hourly simple moving average, which is a bullish sign and may encourage buyers to take the price further higher.  The price traded as high as 31.9 Satoshis and retreated back.

However, the broken trend line is currently acting as a support for the price along with the 100 MA. Furthermore, the 50% Fib retracement level of the last wave from the 28.6 Satoshis low to 31.9 Satoshis high is also positioned around the 100 MA. So, one can say that there is a monster support forming near 30.0 Satoshis in the short term.

As long as the price is above the stated level there is a chance of more upsides. The next stop on the upside could be around the last swing high of 32.6 Satoshis. On the downside, a break and close below the 100 MA may take the price back towards 28.5 Satoshis.

Hourly MACD – The MACD is about to change the slope to bearish, which can be a concern for buyers.

Hourly RSI – The RSI is also above the 50 level, which is a positive sign.