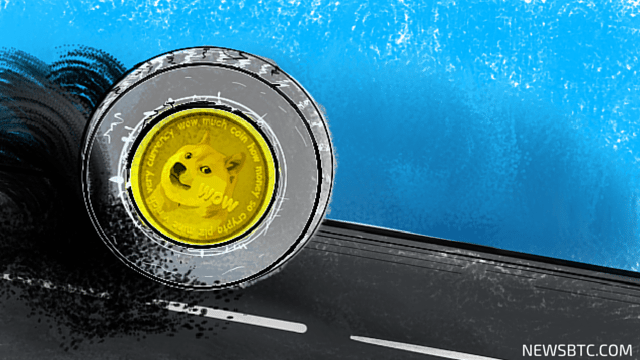 Dogecoin’s price is facing a tough resistance on the upside, which positions the price for more losses in the near term.

This past week, there was a corrective phase in Dogecoin prices, but it faced offers near a critical bearish trend line on the daily timeframe chart (data feed from CEX.IO). The buyers failed to take the price higher, and as a result, it started to move lower once again. The 100-day simple moving average is sliding down, suggesting more downsides in the short term.

On the downside, the most important support is around the last swing low of 29.7 satoshis and 28.9 satoshis. It would be interesting to see whether buyers appear around the stated support area or not to defend the downside. A break below it might be very critical and could take the price towards 25.0 satoshis.

Daily MACD – The daily MACD is in the bearish slope, and there are no signs of relief for buyers.

Daily RSI – The Daily RSI is around the oversold area, suggesting a short-term recovery moving ahead.

Tags: DogecoinDogecoin price analysisDogecoin price chartDogecoin Price Weekly Analysistrading
TweetShare
BitStarz Player Lands $2,459,124 Record Win! Could you be next big winner? Win up to $1,000,000 in One Spin at CryptoSlots

TA: Ethereum Topside Bias Vulnerable If It Struggles Below $3K