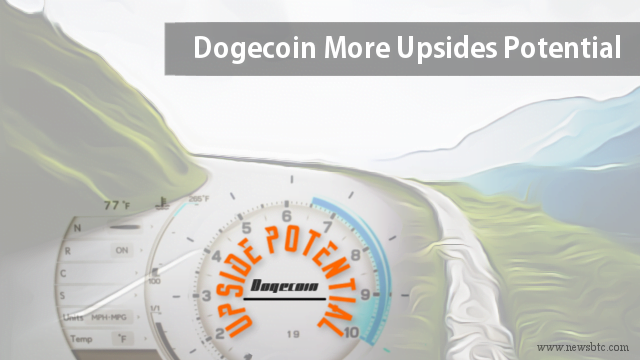 Our highlighted triangle break in one of the previous analyses finally played its part and pushed prices higher.

Dogecoin buyers enjoyed a decent run to take prices higher, as they managed to clear a couple of important hurdles including 51.6 Satoshis. The upside gained pace after the break, as Dogecoin traded as high as 53.0. The mentioned level represents March 2015 high, so there is a chance of sellers stepping in. A reaction is likely, and in that situation, it would be interesting to see how buyers react.

If the price corrects lower from the current levels, then the initial support could be 23.6% Fib retracement level of the last wave from 47.7-53.0 Satoshis. The mentioned Fib level is just above the previous swing high of 51.6 Satoshis. So, there is a monster support area forming around 51.0-6.

As mentioned earlier, the 100 simple moving average was acting as a hurdle for buyers. So, it might provide support to Dogecoin moving ahead if prices move lower. It is also coinciding with the 61.8% Fib retracement level and the middle band of Bollinger bands. Any further losses might take Dogecoin towards the lower band where there is also a bullish trend line positioned.

There is a nice convergence forming on the hourly MACD, pointing towards more gains in the near term. The RSI is also above the 50 level, which is an encouraging sign.

Overall, there are many signs that suggest buyers are in control, and more upsides are possible in Dogecoin.