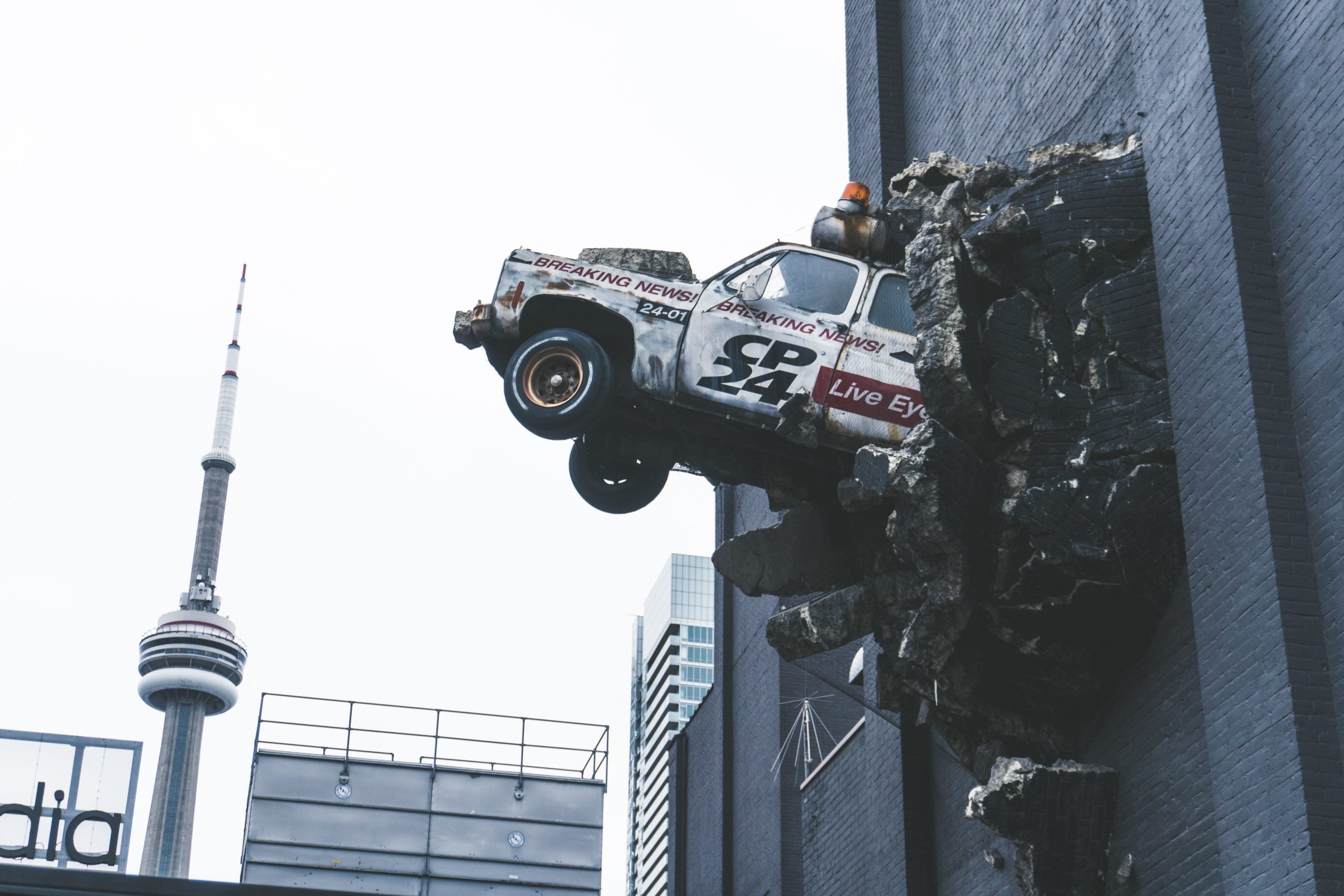 Bitcoin failed to sustain above $7,000 after the US oil futures plunged below zero for the first time that triggered a traditional bearish setup.

The benchmark cryptocurrency fell 1.60 percent to hit a new intraday low at $6,785 on Coinbase exchange. The downside move appeared alongside a defensive risk mood in traditional markets, suggesting that traders liquidated their profitable bitcoin positions to cover their losses elsewhere.

In any case, the drop in the bitcoin prices shifted focus back to the Rising Wedge setup from earlier this month. Between March 16 and April 9, bitcoin formed a contracting upward structure (saffroned) containing multiple reaction highs and lows, with volume declining as the price rose.

On April 10, the cryptocurrency broke out of the said pattern to the downside, confirming that it was a Rising Wedge. Nevertheless, it was a partial confirmation, since the breakout took place without an expanding volume. Therefore, the downside move lacked a bearish confirmation.

Bitcoin is trending inside a sideways channel ever since the said breakout. But the cryptocurrency’s plunge on Tuesday has pushed it below two cruicial converging support levels: the blued 50-period moving average and the $7,000-floor itself. On the other hand, bitcoin volatility is dwindling, according to its Bollinger Bands Width.

A reading below 0.10 indicates that bitcoin is due for a price breakout. Lest the upcoming price swing could pursue either direction – up or down. But the ongoing global crisis warns of a move to the downside. Such an action could confirm the Rising Wedge breakout as a whole.

Therefore, bitcoin risks falling deeper – by as much as the height of the Wedge, which is roughly around $1,800. That puts the cryptocurrency’s medium-term downside target near $5,300.

On the other hand, a breakout to the upside would see price testing the redded resistance bar as shown in the BTCUSD chart above. The area has earlier capped bitcoin from maximizing its upside moves, which means the possibility of the price confirming the Rising Wedge pattern would still be there.

Meanwhile, traders may want to hold key floor levels especially ahead of bitcoin’s halving event next month. That said, if the price maintains above the support of the blacked sideways channel, then it could reclaim 50-period MA and $7,000 as supports. It would allow traders to seek breakout opportunities above the red bar.

A break above it would have bitcoin test $9,000 as its primary upside target.

Photo by Conor Samuel on Unsplash