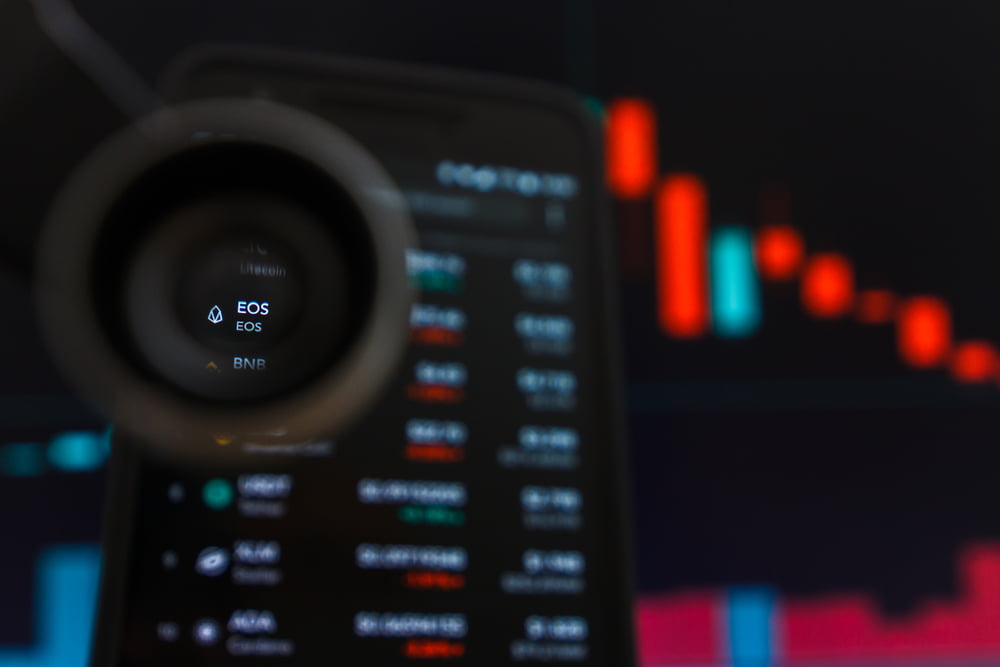 EOS was among the worst-hit top cryptocurrencies this Thursday as bitcoin and altcoin market fell in tandem.

The eighth-largest blockchain asset fell by circa 12 percent to $3.99, according to CMC’s 24-hour adjusted timeframe. The move downhill pushed EOS’s market cap to $3.82 billion. At its 2020 top, the valuation was over $5.15 billion. The price action showed that traders are using the local tops to take out short-term profits.

The drop in the EOS price also appeared in the wake of a broader market correction. It began with the top cryptocurrency Bitcoin that plunged by more than 5 percent in the last 24 hours. The same period saw other top assets logging intraday losses, with the Ethereum and XRP each dropping by more than 7 percent.

Coins with optimistic short-term bullish scenarios also failed to hold gains. Both Bitcoin SV and Bitcoin Cash dived by 7 and 9 percent, respectively almost a month ahead of their halving.

On the whole, the crypto market lost about $19 billion in the last 24 hours.

The EOS price drop identified reasonable interim support at its 50-daily moving average (bold-blacked). The cryptocurrency yesterday fell briefly below but came back above it quickly. The same effort appeared today wherein the 50-DMA capped EOS from going into a deeper bearish correction.

The asset also received additional support from its 50% Fibonacci retracement level near $3.82. At best, it could bounce back test $4.22 as interim resistance – and a further push upward could extend the bull target towards $4.70.

Meanwhile, failing to uphold either the 200-DMA and $3.82-support could result in additional declines towards the 200-DMA – which coincides with the 61.8% Fibonacci level of $3.43 and medium-term support offered by the Ascending Trendline (in green). Traders could re-accumulate at what appears to be a very-converging downside target.

According to Jacob Canfield, one of the most prominent cryptocurrency analysts, all the altcoins, including EOS, are undergoing a parabolic bull run. He noted that PlusToken, a Ponzi scheme that looted about $3 billion off its investors, could be using part of its steal to pump the altcoin market, including EOS.

Mr. Canfield specified that scammers could attempt to push the EOS prices higher, partly because part of their steal has about 26 million EOS tokens. That said, artificially pumping the cryptocurrency could yield better profits for them – or they might be at it ever since EOS started registering gains last year.

“What I’m watching is for those PlusToken coins to move. Potentially, that could be a tapping indicator of the altcoin market,” Mr. Canfield said, adding that he is not entering fresh short positions in the EOS market.

Tags: cryptocryptocurrencyeos
Tweet123Share196ShareSend
BitStarz Player Lands $2,459,124 Record Win! Could you be next big winner? Win up to $1,000,000 in One Spin at CryptoSlots