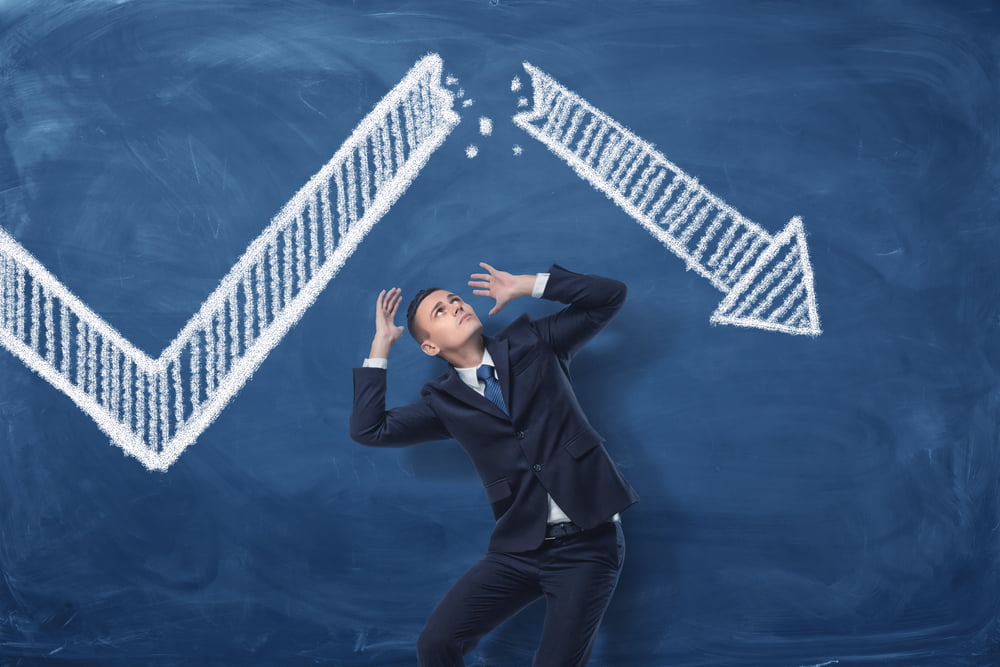 TA: Why Ethereum (ETH) Could Nosedive Below $2K, Bears In Control

Ethereum is down 5% and it is struggling to stay above $2,000 against the US Dollar. ETH price could decline sharply if there is a break and close below $2,000.

There was a fresh decline in ethereum from the $2,175 resistance zone, similar to bitcoin. ETH broke many supports near $2,100 and the 100 hourly simple moving average to move into a bearish zone.

There was also a break below a key contracting triangle with support near $2,110 on the hourly chart of ETH/USD. The pair traded below the $2,050 support and it tested the $2,000 support. A low is formed near $2,009 and the price is now consolidating losses. 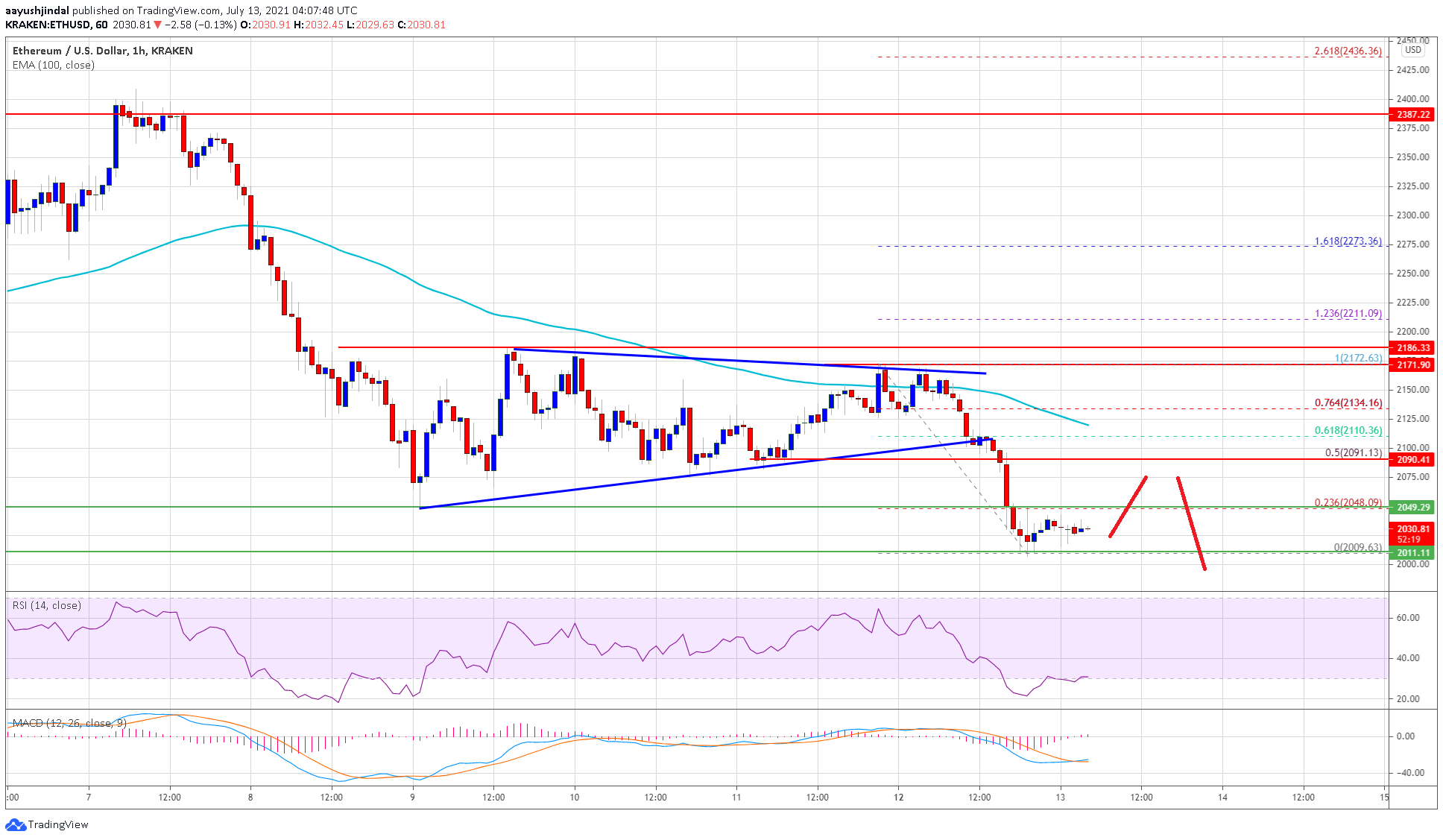 Hourly RSI – The RSI for ETH/USD is well below the 50 level.