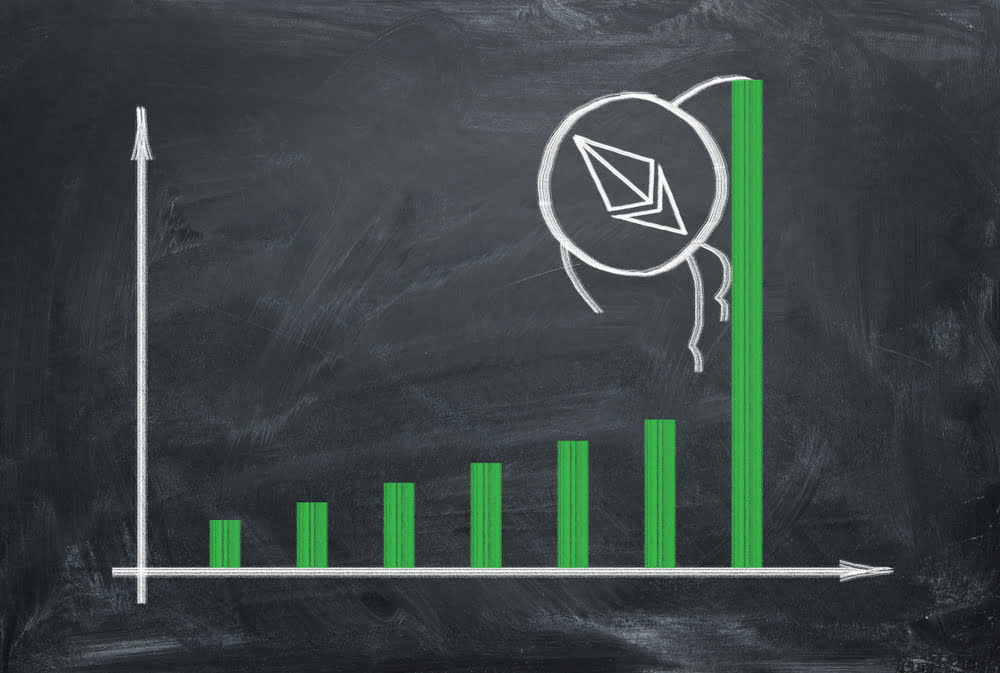 Traders encouraged by Ethereum’s impeccable growth in the decentralized finance (DeFi) sector have pushed its native token Ether to its five-month high.

The Ether-to-dollar exchange rate cemented a new yearly peak of $222.63 after surging by 4.55 percent on Friday. The move uphill extended the pair’s year-to-date gains to 71 percent, making Ethereum one of the best performing blockchain projects heading into 2020.

The euphoria started when bitcoin broke above key resistance levels in January – as investors’ appetite for safe-haven assets increased against an escalating US-Iran geopolitical conflict and fears of the Coronavirus outbreak.

Ether tailed bitcoin’s price rally by heart, given it is an asset that has the highest correlation efficiency with the benchmark cryptocurrency. Nevertheless, the altcoin outperformed bitcoin as traders assessed its growth in the DeFi industry.

$1 billion locked in DeFi for the first time ever

The next decade will be wild

According to DeFi Pulse, a portal that tracks decentralized lending contracts, the total capital locked inside the DeFi applications is close to hitting $1 billion. The website also noted that about $660 million of those funds are collateralized in Ether, showing the cryptocurrency’s booming adoption among DeFi projects.

The supportive fundamentals prompted a top analyst to see Ether at a higher price. Full-time day trader Michaël van de Poppe stated that he is “very bullish” about the cryptocurrency in the coming times, predicting that its price could swell towards $275.

Mr. Poppe also showed areas of pullbacks that could keep Ethereum from reaching $275. At $230, for instance, the cryptocurrency could flip back to restest support areas near $200. It is due to a history of $230 as the crucial resistance between July and August 2019.

Ether’s parabolic bull run also left hints of broader upside targets, particularly the ones above the psychological resistance level of $300.

On larger timeframes, as Mr. Poppe noted, Ether appears to have bottomed out already in December 2019. The analyst said the cryptocurrency is out of the bear market, adding that staying above $220 support could have it test $360 as its medium-term, major resistance level.

Tags: cryptocurrencyEtherethereum
Tweet123Share211ShareSend
Win up to $1,000,000 in One Spin at CryptoSlots