Ethereum price is on the move above $465 against the US Dollar. ETH/USD is likely to break the $485 high for more gains in the near term.

Yesterday, there were a few swing moves below $460 in ETH price against the US Dollar. Finally, the ETH/USD pair managed to move higher and broke the $460 and $465 resistance levels. It even settled above the $468 resistance and the 100 hourly simple moving average. It seems like the price formed a decent base near the $445 level before the current bullish wave. 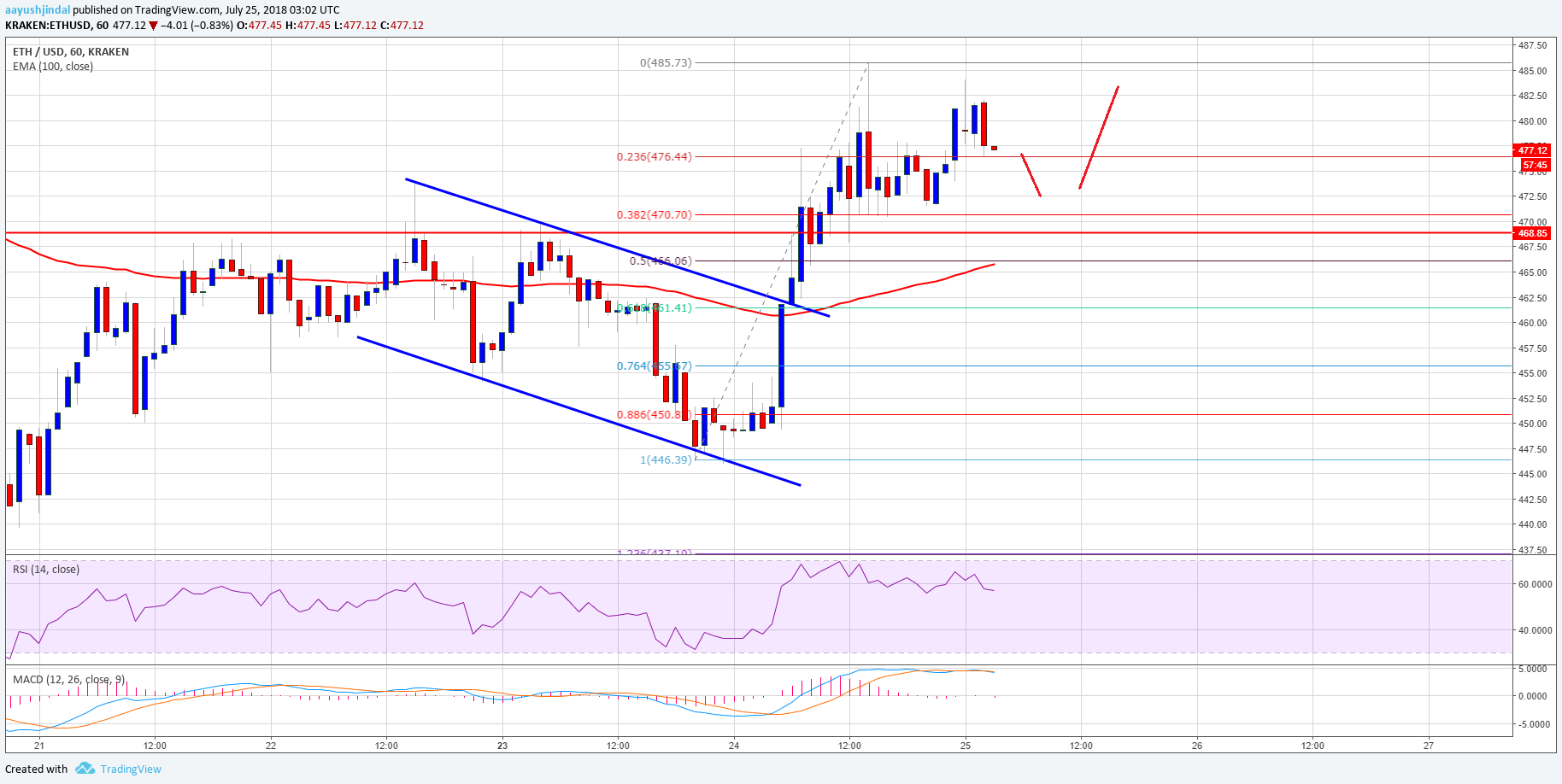 Looking at the chart, the price is placed nicely above $466 and it may perhaps extend gains above the $485 level. The next resistances are sitting near the $496 and $500 levels.

Hourly MACD – The MACD is currently flat in the bullish zone.

Hourly RSI – The RSI is currently well above the 50 level with positive signs.