Ethereum price is back in a positive zone against the US Dollar and Bitcoin. ETH/USD has to clear the $455 resistance to stage more gains in the near term.

Recently, there was a solid upside move above the $430 level in ETH price against the US Dollar. The ETH/USD pair broke the $445 and $450 resistance levels. It traded as high as $463.91 before starting a short-term consolidation. It corrected lower below the $450 level and broke the 23.6% Fib retracement level of the last wave from the $403 low to $463 high.

However, the decline was protected by the $4404-441 support zone. Moreover, the 38.2% Fib retracement level of the last wave from the $403 low to $463 high also acted as a support. More importantly, there was no break below $438 and the 100 hourly simple moving average. At the moment, there is a key contracting triangle formed with resistance near $455 on the hourly chart of ETH/USD. The pair has to break the triangle resistance and then $460 to gain upside momentum. If buyers are successful, the price could test the $480 and $485 resistance levels. 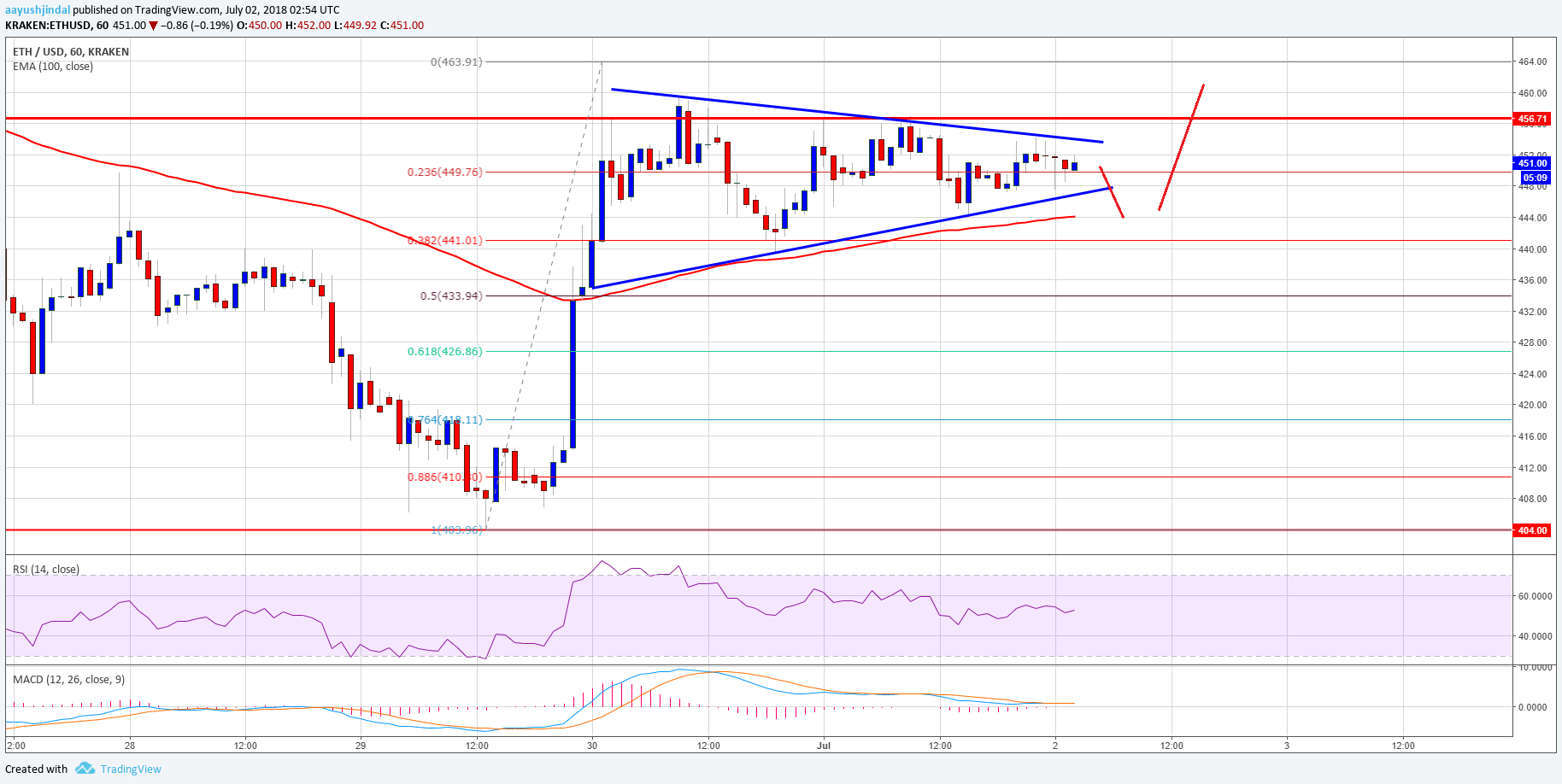 Hourly MACD – The MACD is mostly neutral in the bearish zone.