Ethereum price remained in a bearish zone against the US Dollar and bitcoin. ETH/USD is currently correcting higher and it may perhaps test the $380 hurdle.

There were further slides in ETH price below the $375 support level against the US Dollar. The ETH/USD pair even broke the $360 support and spiked below the $350 level. A low was formed near the $347 level and the price is currently correcting higher. It moved above the $355 level, but there are many resistances waiting on the upside to prevent gains. 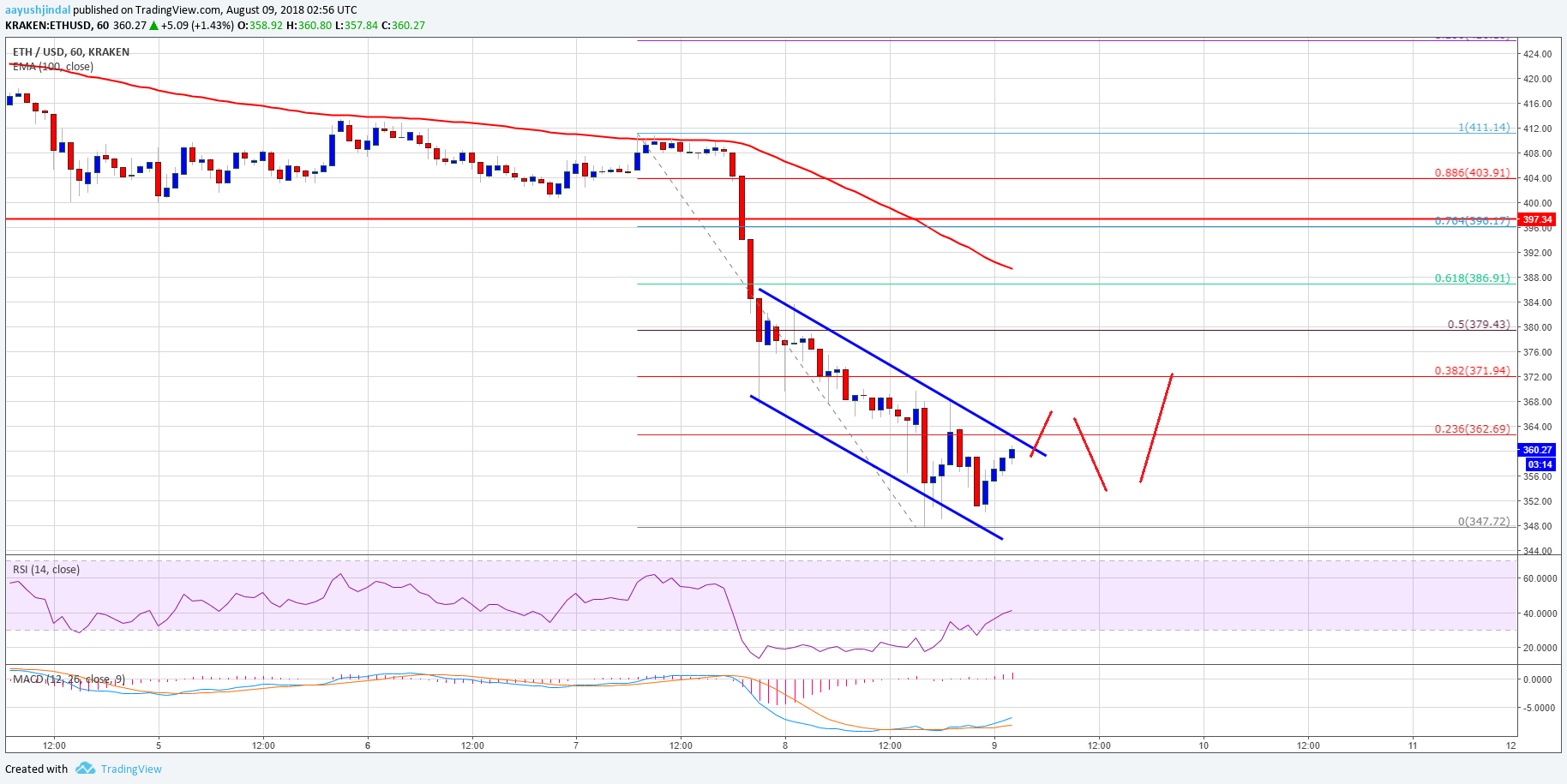 Looking at the chart, ETH price is slowly recovering above $350, but it is likely to struggle above the $370 level. On the downside, the recent low of $347 is a decent support. Below this, ETH could accelerate declines towards the $320 level in the near term.

Hourly RSI – The RSI is correcting higher from the oversold area towards the 45-50 zone.