Ethereum price is placed nicely in a bullish zone against the US Dollar and Bitcoin. ETH/USD may climb higher if buyers manage to break the $742 and $743 resistance levels.

There were decent bullish moves above $700 during the past few hours in ETH price against the US Dollar. The price traded higher above $730, but it was not able break the $742 and $743 resistance levels. There were more than four attempts by buyers to clear the $743 hurdle, but they failed. At the moment, the price is correcting lower and is trading near the $720 level. 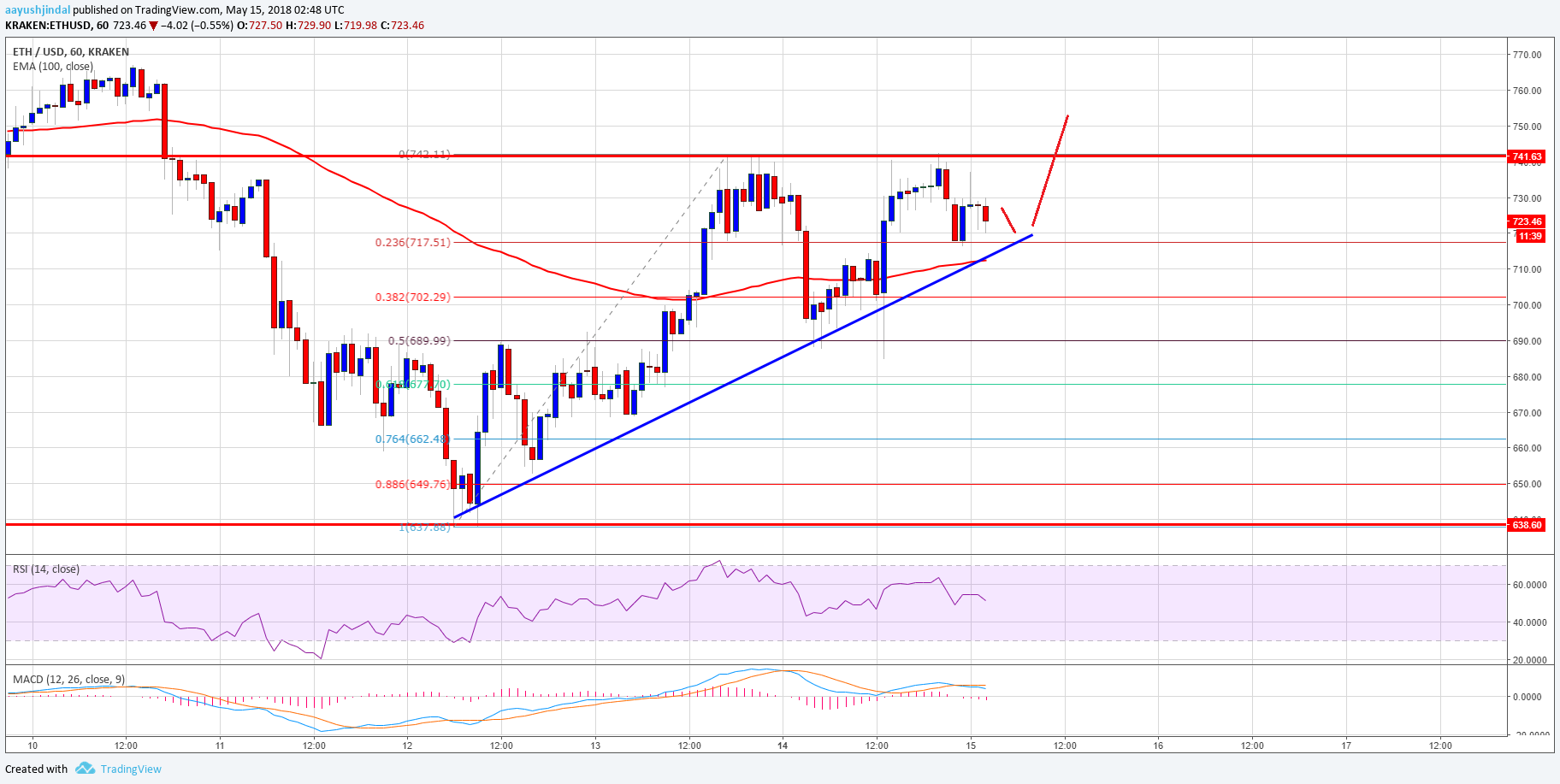 Looking at the chart, the price remains well supported above $700. It may trade in a range for a few more hours above $700 before making the next move. There are high chances of it breaking $743 as long as ETH is above the 100 hourly SMA.

Hourly MACD – The MACD is currently placed slightly in the bearish zone.

Hourly RSI – The RSI is just near the 50 level.