Ethereum price is slowly moving higher against the US Dollar and Bitcoin. ETH/USD is currently facing a strong resistance near the $470 level.

After a continuous decline, there was a decent support formed near $438-440 in ETH price against the US Dollar. The ETH/USD pair started an upside move and traded above the $445 and $450 resistance levels. There was also a break above the 23.6% Fib retracement level of the last decline from the $517 high to $439 low. The price settled above the $450 level, which is a positive sign.

Moreover, there was a break above a key bearish trend line with resistance near $452 on the hourly chart of ETH/USD. However, the pair faced a strong resistance near the $470 level and the 100 hourly simple moving average. It seems like the 38.2% Fib retracement level of the last decline from the $517 high to $439 low is preventing gains. A break the $470 and $475 resistance levels is needed for more gains in the near term. The next key resistance above $475 is waiting near the $487 level. 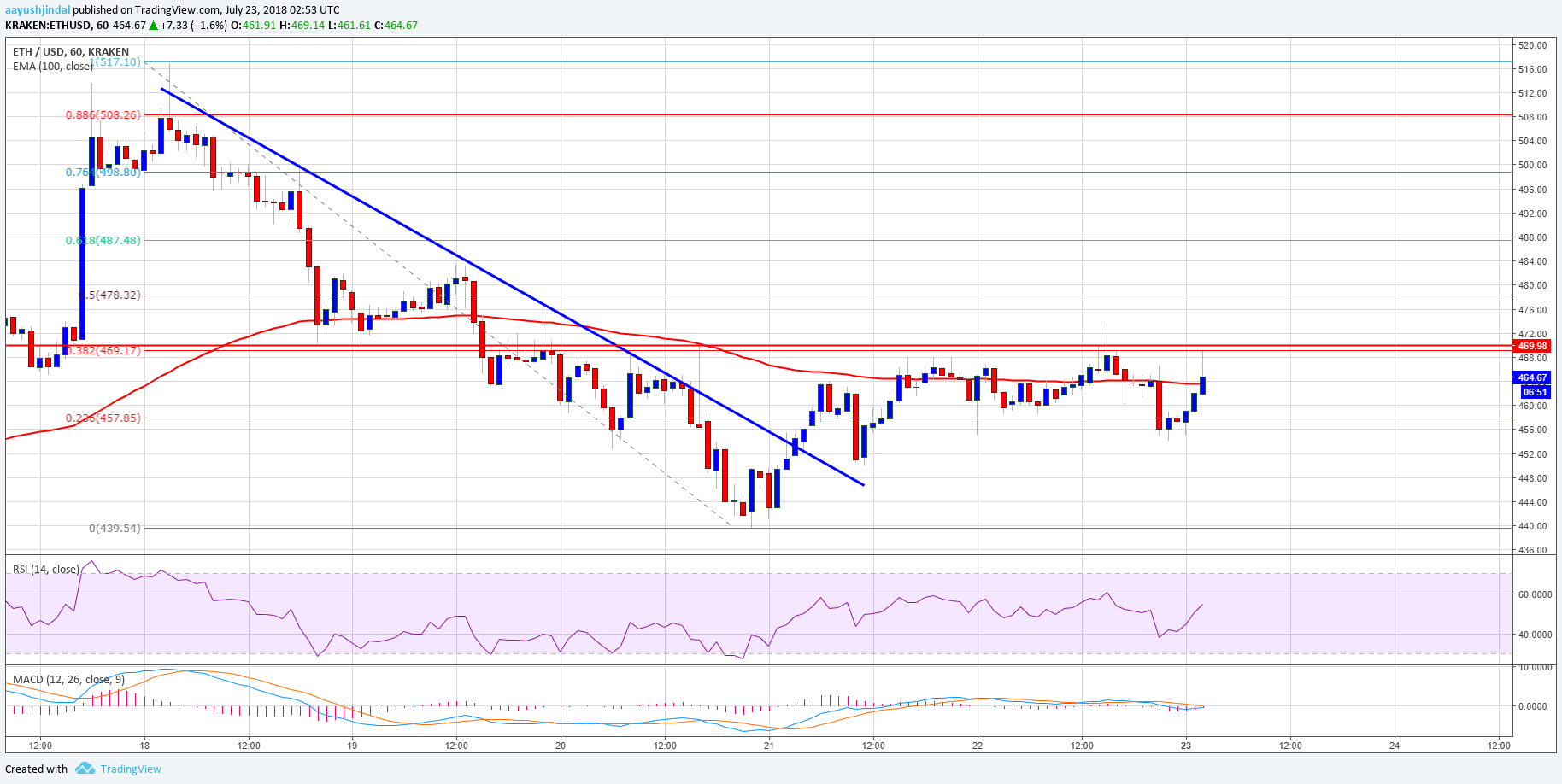 Looking at the chart, the price is currently consolidating above $450 and close to the 100 hourly SMA. If it continues to struggle near $470, there could be a downside reaction. On the downside, supports are seen near the $458 and $452 levels, followed by the $450 level.

Hourly RSI – The RSI is currently placed nicely with a positive angle above the 50 level.