Ethereum price is under pressure against the US Dollar and Bitcoin. ETH/USD must move above $475 and the 100 hourly SMA to initiate a recovery.

There were further losses noted below $500 in ETH price against the US Dollar. The ETH/USD pair declined and broke the $480 and $475 support levels. It moved into a bearish zone below $475 and the 100 hourly simple moving average. The decline was such that the price almost tested the $455 support area. A low was formed at $458.64 before the price started consolidating losses. 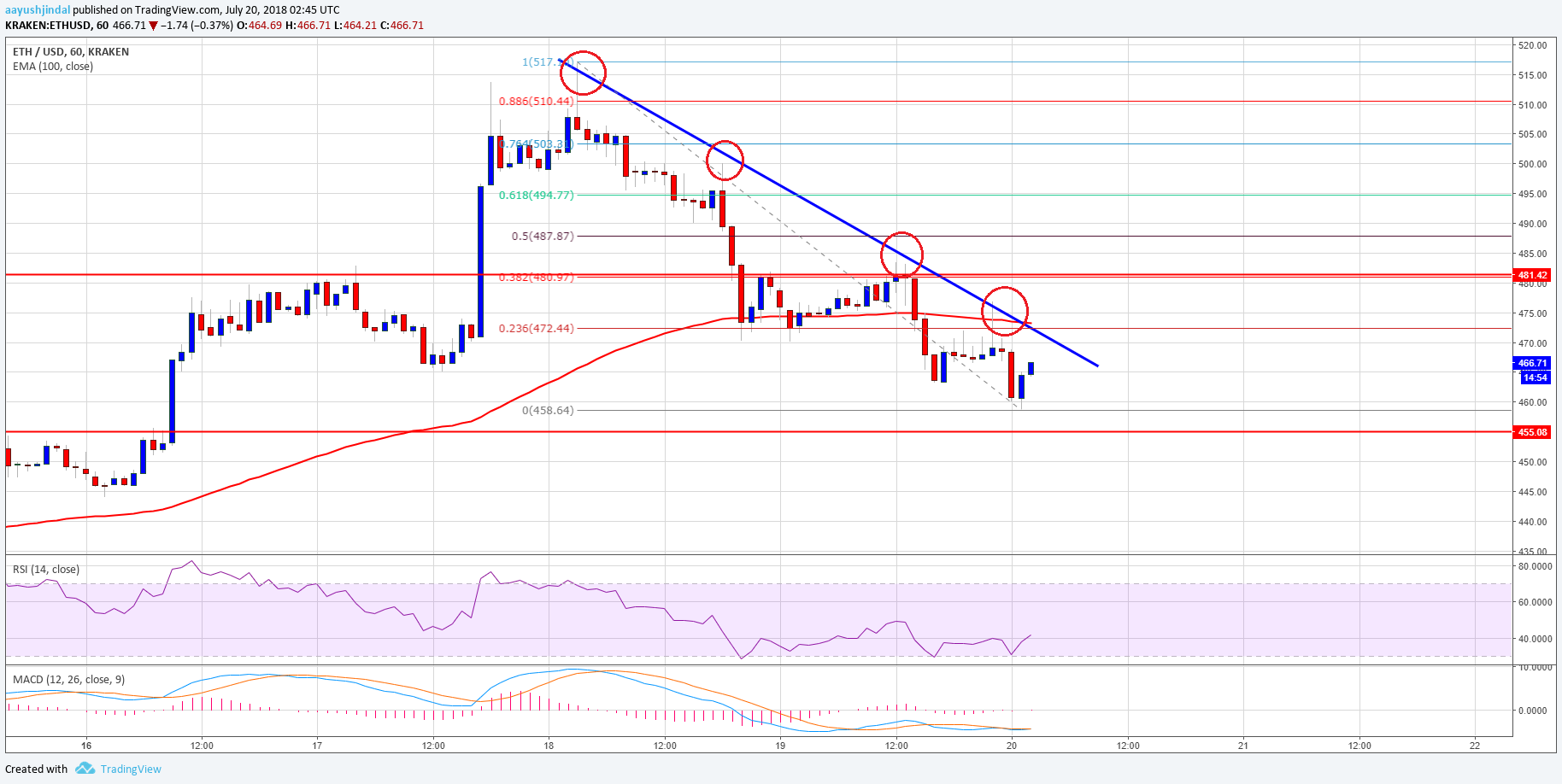 Looking at the chart, the price is currently struggling to recover above $475. If it fails to move higher, there are chances of more slides towards the $455 support area in the near term. Below this, the $450 level may be tested.

Hourly MACD – The MACD is slowly moving back in the bullish zone.

Hourly RSI – The RSI is currently moving higher towards the 50 level.