Ethereum price is back in a positive zone against the US Dollar and Bitcoin. ETH/USD may continue to rise towards the $615 and $620 levels in the near term.

After a major downside correction below $600, ETH price found support around $570-572 against the US Dollar. The price formed a base, started an upside move and broke the $585 and $590 resistance levels. It also succeeded in clearing the $600 barrier and settled above the 100 hourly simple moving average. The current price action is positive since there was a close above the $600 resistance. 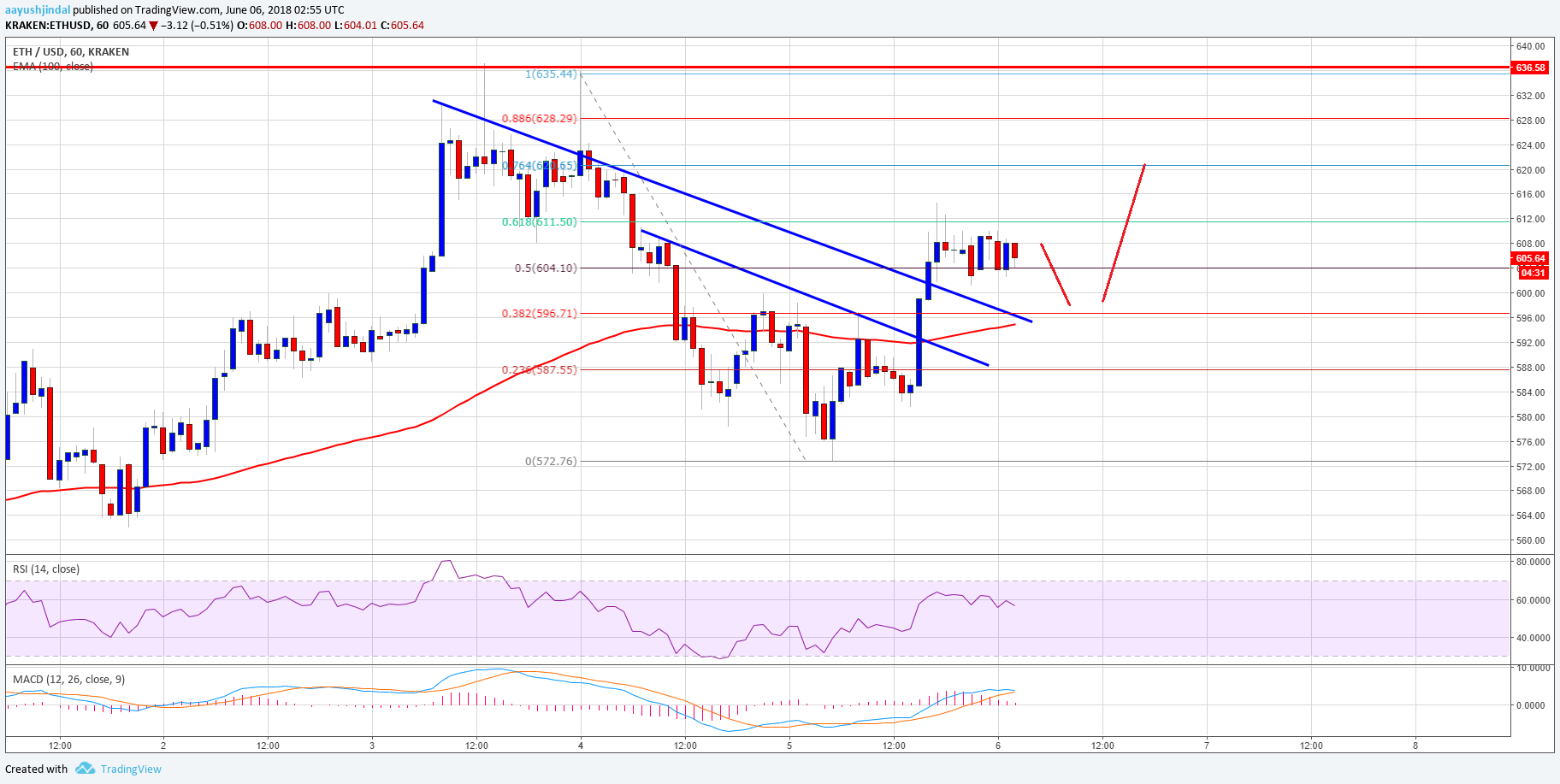 Looking at the chart, there are a few key supports on the downside near $596 and the 100 hourly SMA. Therefore, if the price corrects lower from the current levels, it may find support near $600 and $595.

Hourly RSI – The RSI is placed well above the 50 level.