Ethereum price is under selling pressure against the US Dollar and Bitcoin. ETH/USD could slide further if it fails to hold the $570 support.

Yesterday, we saw a short-term top near $637 in ETH price against the US Dollar. More importantly, the price formed a double top pattern near the $635-637 zone. The price started a downside move and broke a few important supports such as $620 and $600. During the decline, there was a break below the 50% Fib retracement level of the last leg from the $562 low to $637 high.

Moreover, yesterday’s highlighted important bullish trend line was breached at $615 on the hourly chart of ETH/USD. The pair settled below the $600 support and the 100 hourly simple moving average. It seems like the highlighted double top pattern played well in pushing the price below $600 and $590. There was even a break below the 61.8% Fib retracement level of the last leg from the $562 low to $637 high, which is a bearish sign. The next major support for buyers is near the $570 and $565 levels. Below the stated $565, the price may perhaps revisit the $540 support zone. 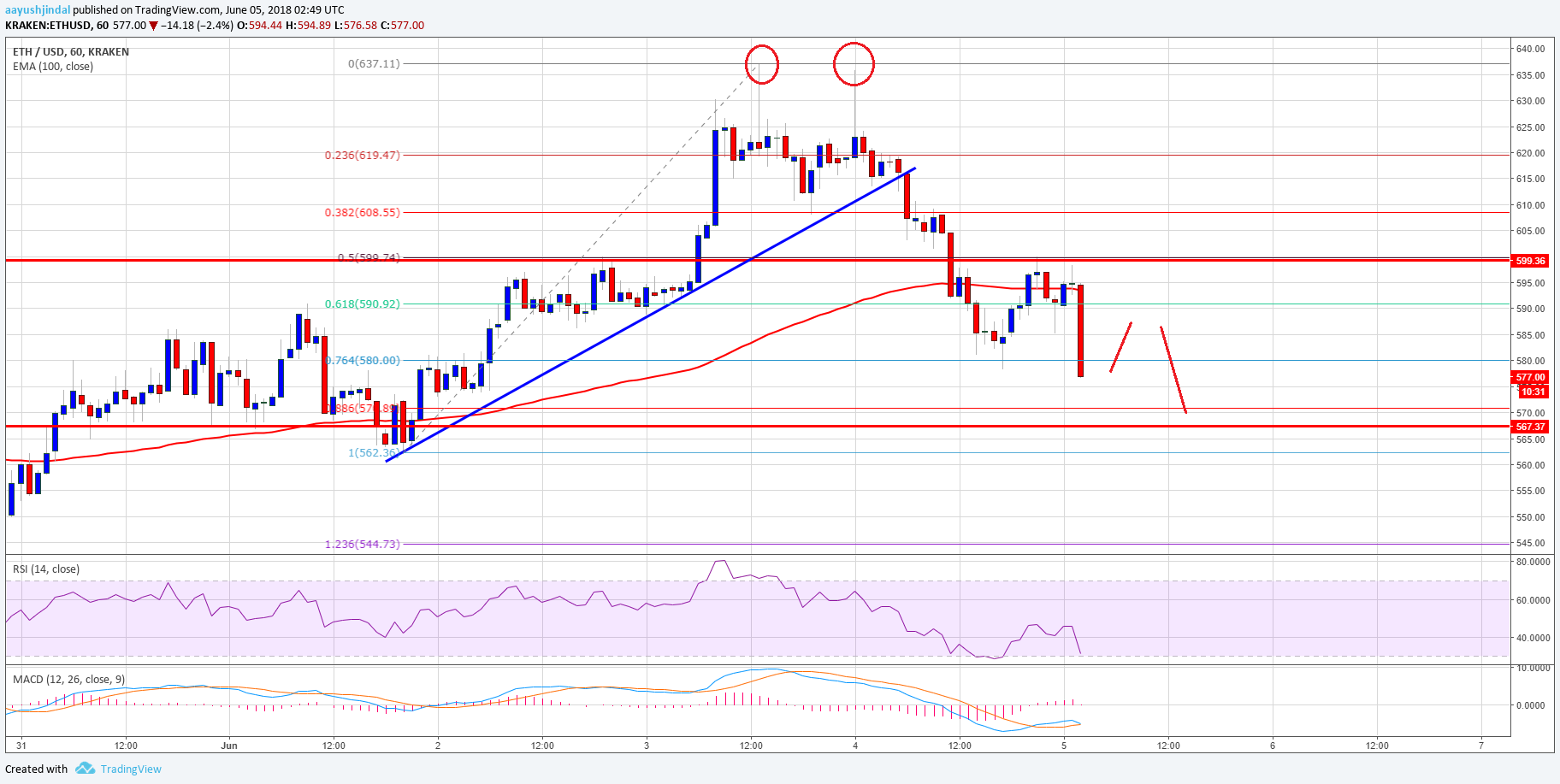 Looking at the chart, the price is struggling to recover above $600 and the 100 hourly SMA. Therefore, there are chances of more declines towards $565. However, the current move can be seen as a part of a correction from $637 and the price might climb back higher.

Hourly MACD – The MACD has moved back in the bearish zone.

Hourly RSI – The RSI is near the oversold levels at 25.