Ethereum price is under pressure against the US Dollar and Bitcoin. ETH/USD is now well below $700 and it remains at a risk of more losses.

Yesterday, there was a minor upside move above $700 in ETH price against the US Dollar. However, the price was not able to move above the $720 resistance. It traded as high as $719.77 before it started a downside move. The price declined sharply and moved below the $700 support level. The decline was strong as there was a close below $700 and the 100 hourly simple moving average.

More importantly, there was a break below an ascending channel with support at $690 on the hourly chart of ETH/USD. The pair traded below the $670 level and formed a low at $656.16. It is currently consolidating losses above the $656 level. At the moment, the 23.6% Fib retracement level of the last decline from the $719 high to $656 low is acting as a resistance. However, there are many barriers on the upside near $690. The stated $690 level was a support earlier, and now it is likely to prevent upsides. 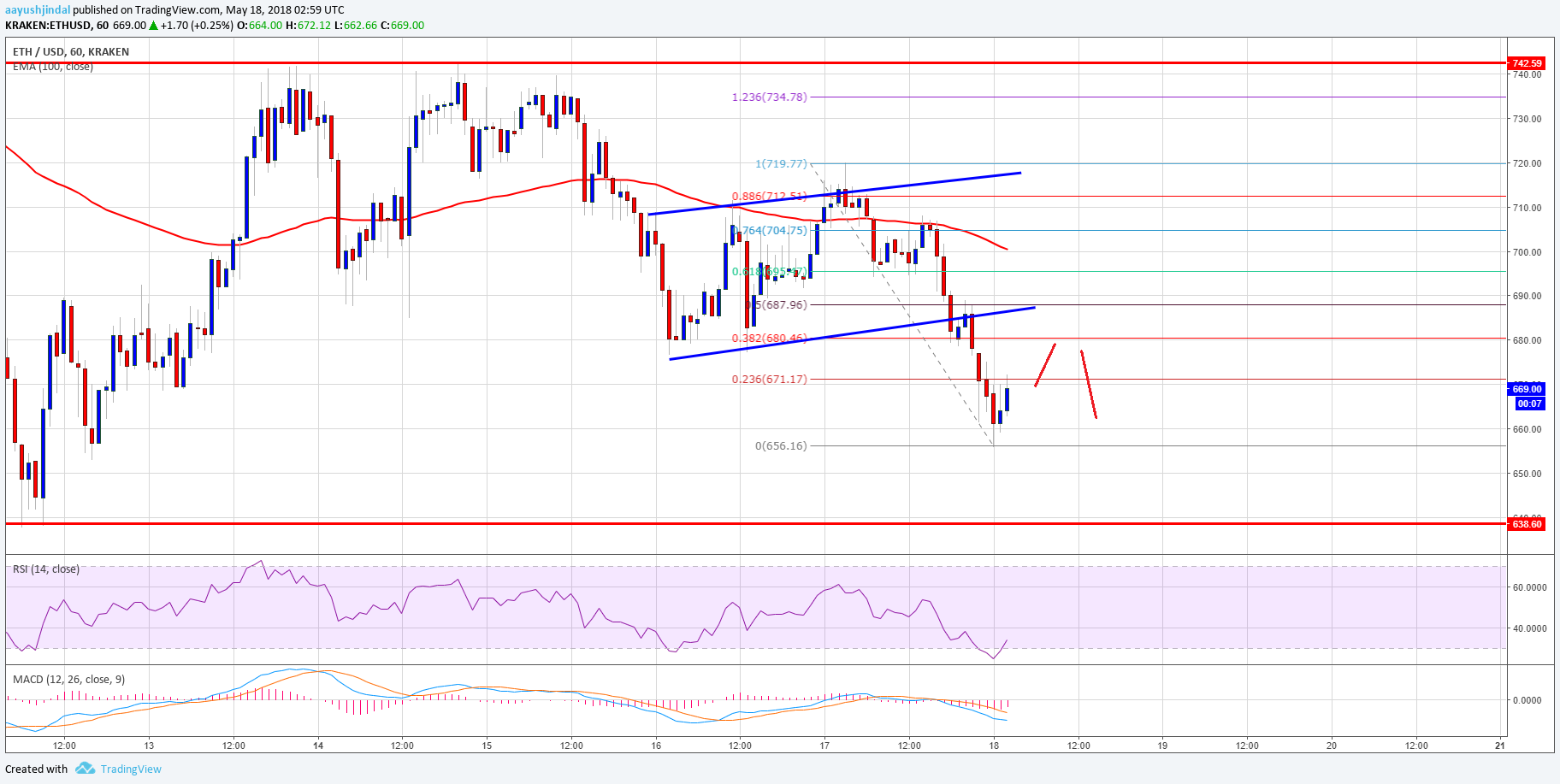 Looking at the chart, the 50% Fib retracement level of the last decline from the $719 high to $656 low around $687 may well act as a strong hurdle. On the downside, the recent low of $656 is a short-term support, below which, the price may trade towards $638 in the near term.

Hourly MACD – The MACD has moved back strongly in the bearish zone.

Hourly RSI – The RSI is currently recovering from the oversold levels.