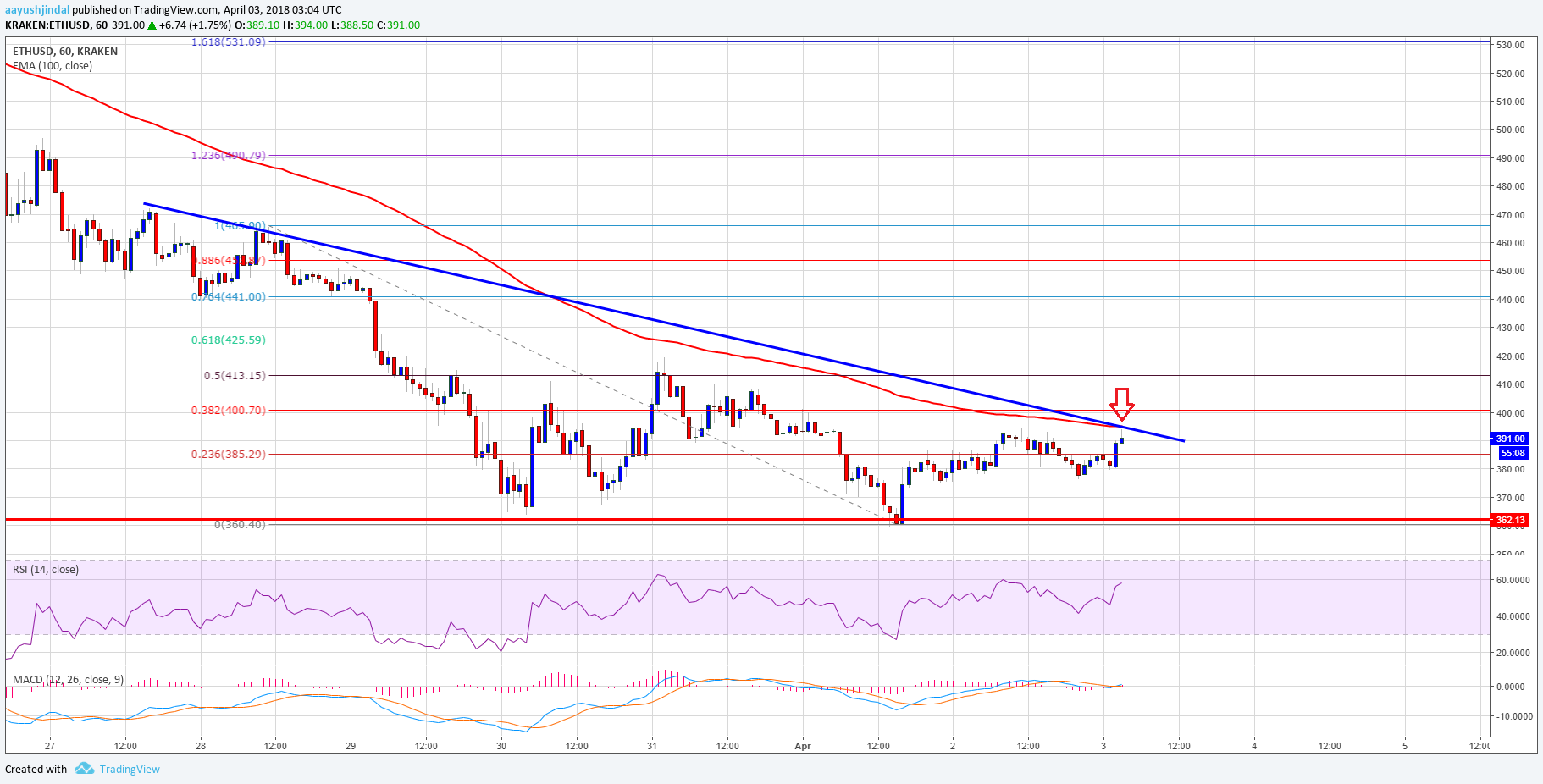 Ethereum price is currently consolidating losses against the US Dollar and Bitcoin. ETH/USD must pierce the 100 hourly SMA to remain in a positive zone.

There was a decent support formed above the $350 level in ETH price against the US Dollar. The price started an upside correction and traded above the $375 level. It also succeeded in moving past the 23.6% Fib retracement level of the last drop from the $465 high to $360 low. However, the upside wave is currently facing a major barrier near the $392-395 levels.

If the price fails to break the $395 resistance and 100 hourly SMA, there could be a downside reaction. In this case, the price could even break the $360.40 low for more declines in the near term.

Hourly MACD – The MACD could move back in the bullish zone.