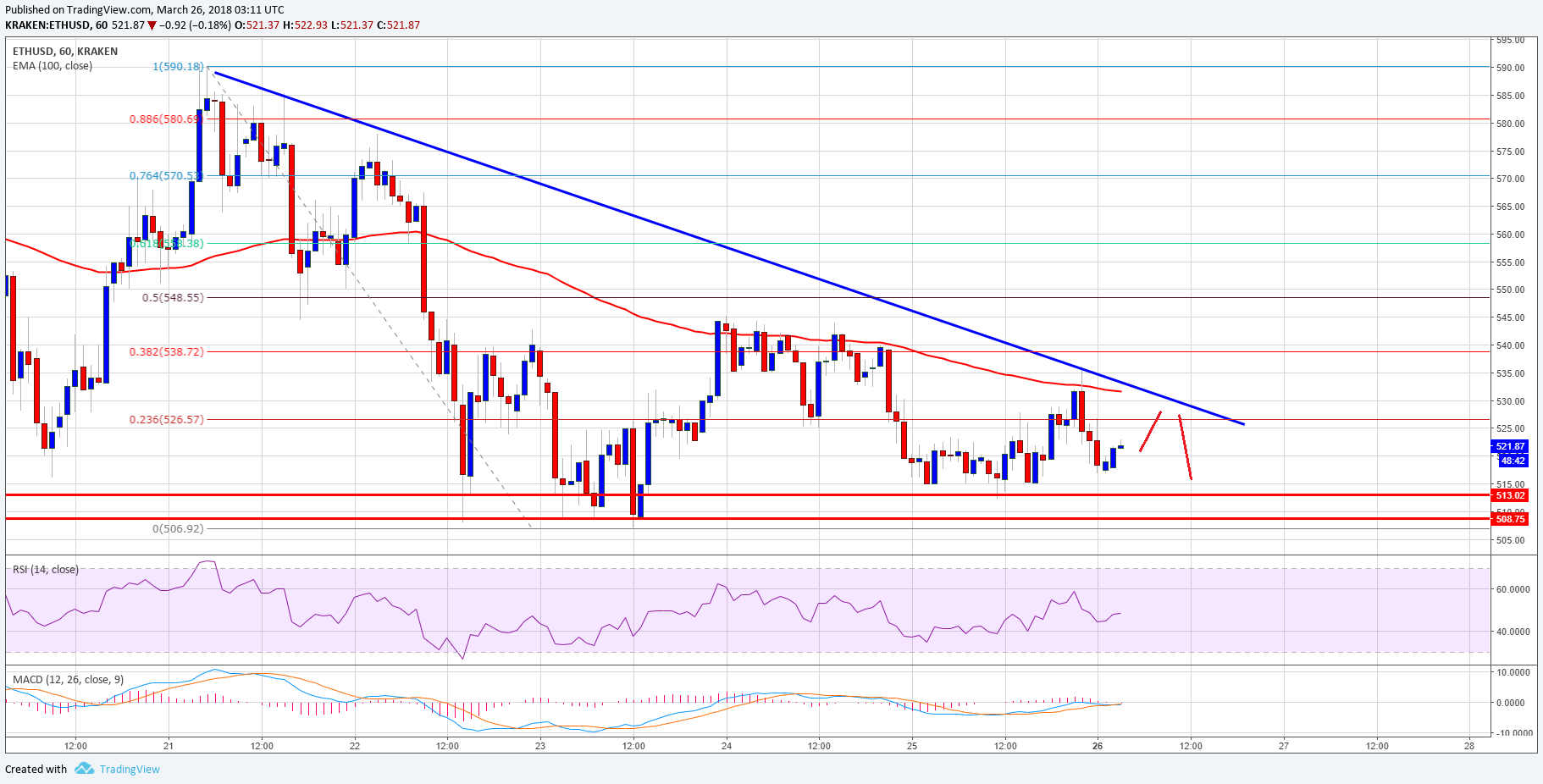 Ethereum price is under pressure against the US Dollar and Bitcoin. ETH/USD remains at a risk of more losses below the $508 level if it fails to move above $530.

There was no major upside recovery above $540 in ETH price against the US Dollar. The price declined and moved below the $530 and $525 support levels. It is now trading well below the $540 level and the 100 hourly simple moving average. The downside pressure was such that the price formed many bearish structures below $540. However, the price is still holding the $500 support zone.

Only a close above the $548-550 zone could push the price back in the bullish zone. On the downside, a break below the $508 support and close below $500 may call for more losses.

Hourly MACD – The MACD is now placed nicely in the bearish zone.

Hourly RSI – The RSI is currently below the 50 level.