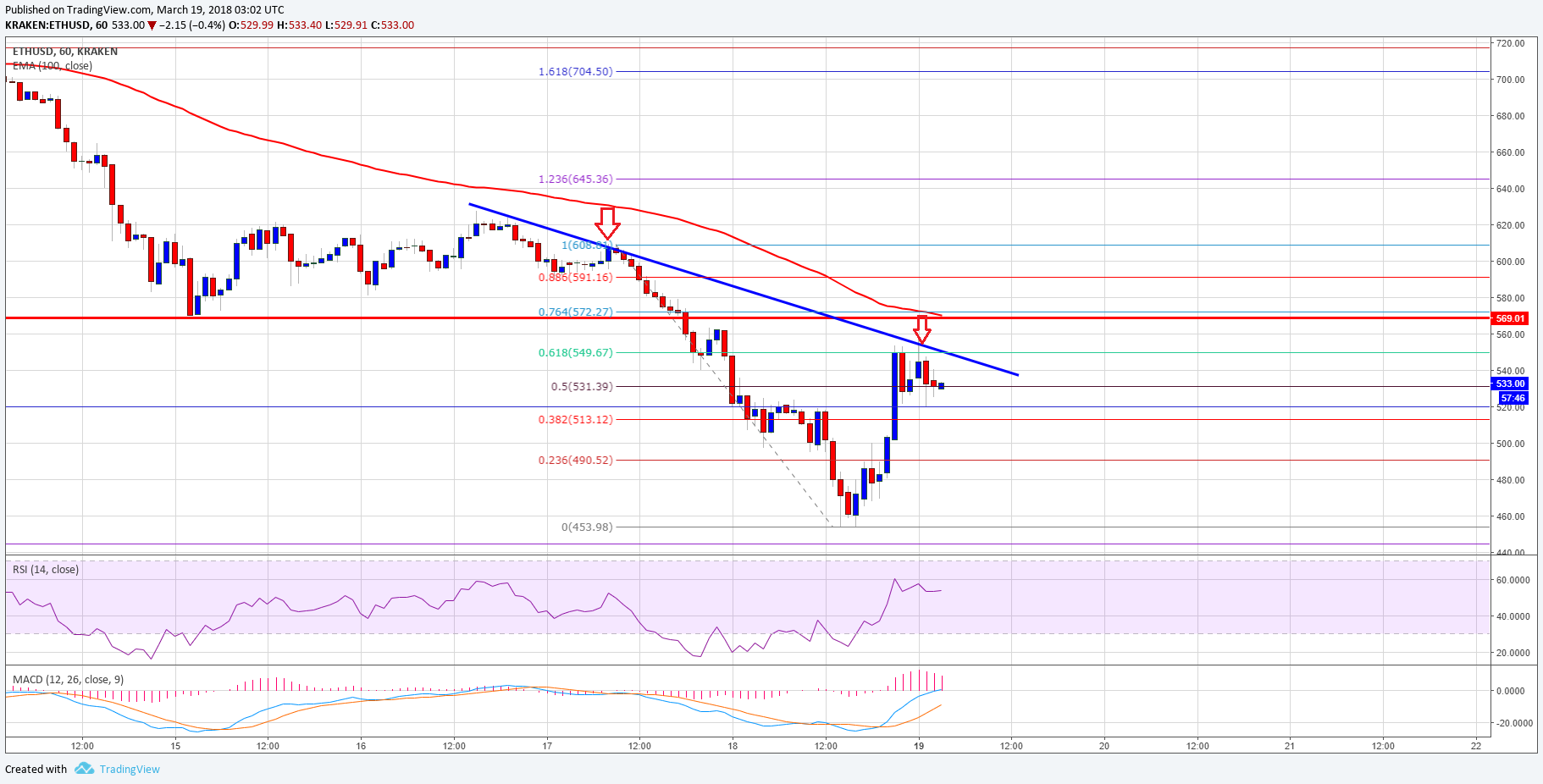 Ethereum price nosedived recently against the US Dollar and Bitcoin. ETH/USD has to move above the $550 resistance to initiate a decent recovery.

The past few days were mostly bearish on ETH price as it declined below $500 against the US Dollar. The price tumbled and even broke the $460 support area. However, it managed to stay above the $450 level and started an upside correction. A low was formed at $453 from where it corrected upwards. Buyers succeeded in pushing the price above the 38.2% Fib retracement level of the last decline from the $608 high to $453 low.

The upside move was positive, as the price also moved above the $500 level. However, the current wave was protected by a major bearish trend line with current resistance at $550 on the hourly chart of ETH/USD. The pair also failed to move past the 61.8% Fib retracement level of the last decline from the $608 high to $453 low. It seems like the price is facing a major sell wall near the $550-560 zone. Therefore, a successful close above the $550 level is needed for buyers to push the price further higher.