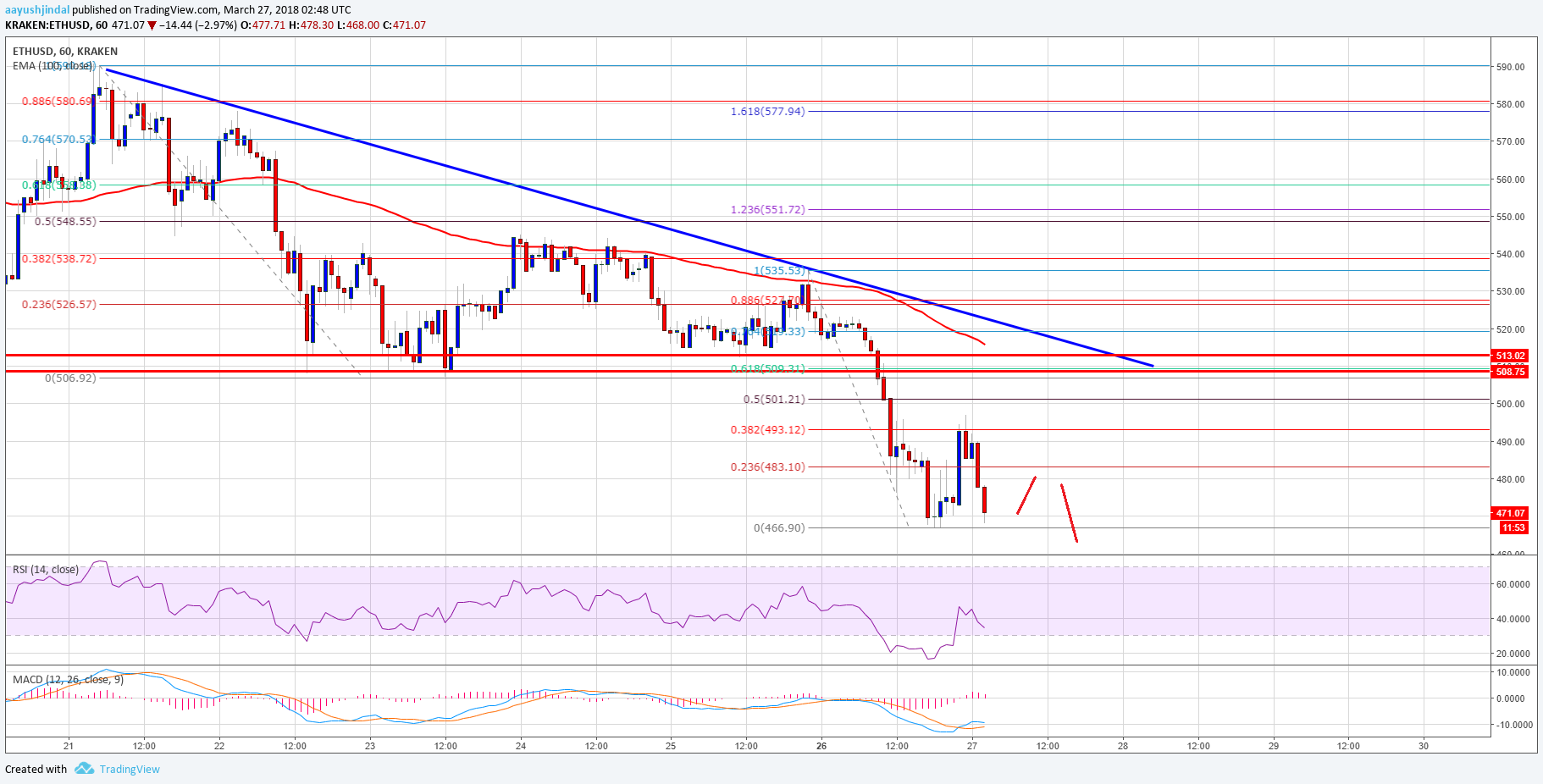 Ethereum price declined sharply against the US Dollar and Bitcoin. ETH/USD is currently trading well below $490, and it could even break the $466 low.

There were further downsides in ETH price from well above $520 against the US Dollar. The price declined and broke a crucial support at $508-512. It opened the doors for more losses and the price fell below the $500, $490 and $480 levels. A low was formed at $466 before the price started an upside correction. It moved higher and corrected above the 23.6% Fib retracement level of the last drop from the $535 high to $466 low.

However, the upside move was capped by the $490-495 resistance zone. Moreover, the 38.2% Fib retracement level of the last drop from the $535 high to $466 low also acted as a resistance. At the moment, the price is moving lower and it remains at a risk of further losses below $466. On the upside, yesterday’s highlighted crucial bearish trend line with current resistance at $512 is intact on the hourly chart of ETH/USD. Moreover, the broken support at $508-512 is likely to act as a strong resistance.

Lastly, the 100 hourly simple moving average is positioned at $508. On the downside, a break below the $466 low could open the doors for more losses. The next major support sits at $445-450, which must contain declines in the near term.

Hourly MACD – The MACD is showing no signs of a major recovery.

Hourly RSI – The RSI is currently well below the 40 level.