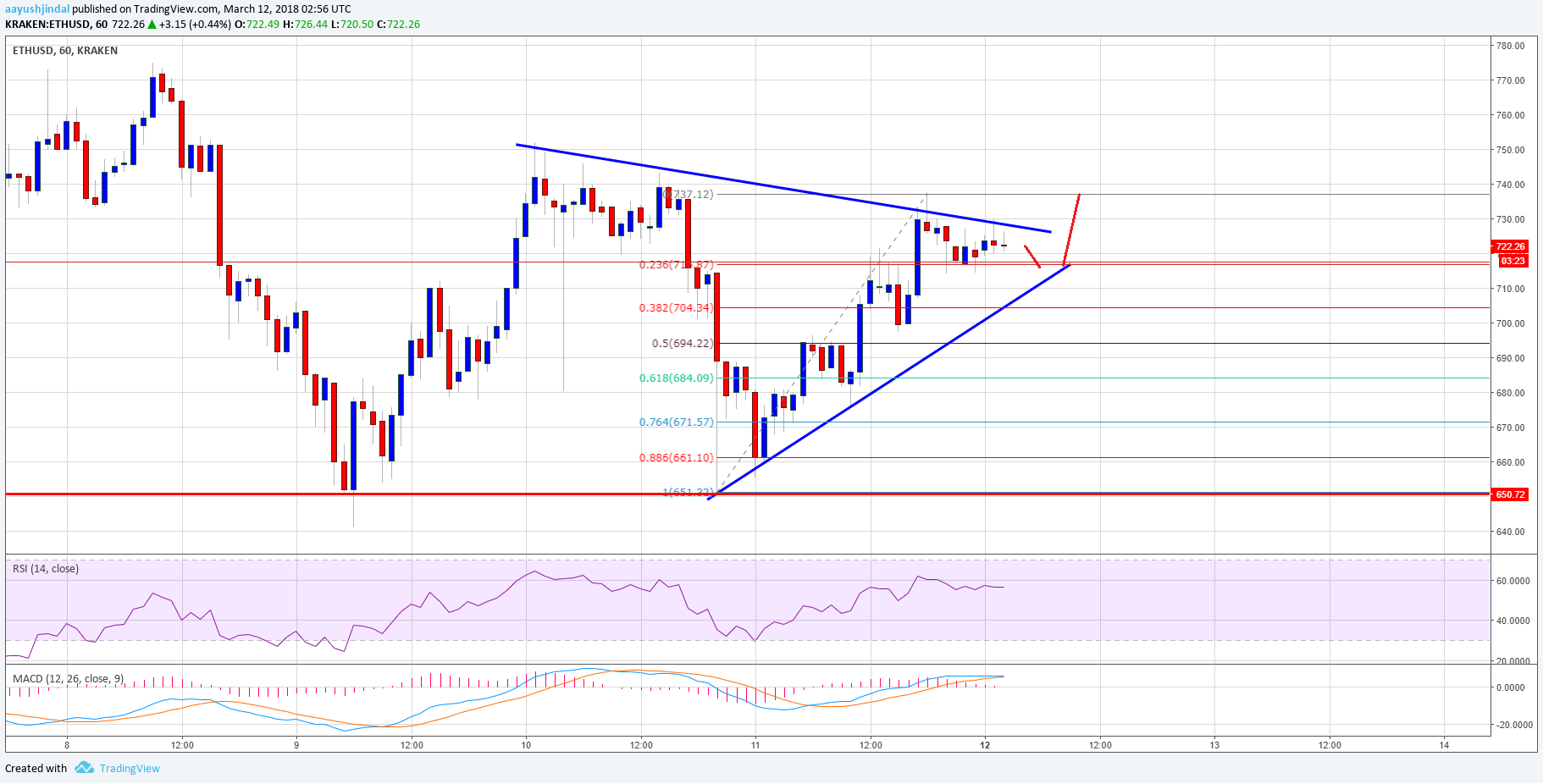 Ethereum price started a nice upside move against the US Dollar and Bitcoin. ETH/USD could rise further if it manages an hourly close above $730-750.

After a major downside move, there was a support base formed near $750 in ETH price against the US Dollar. The price started an upside move and traded above the $680 and $700 resistance levels. It even settled above the $700 level, which is a positive sign. A high was formed at $737 from where the price started consolidating in a range pattern.

Hourly RSI – The RSI is now placed nicely above the 50 level with a few positive signs.