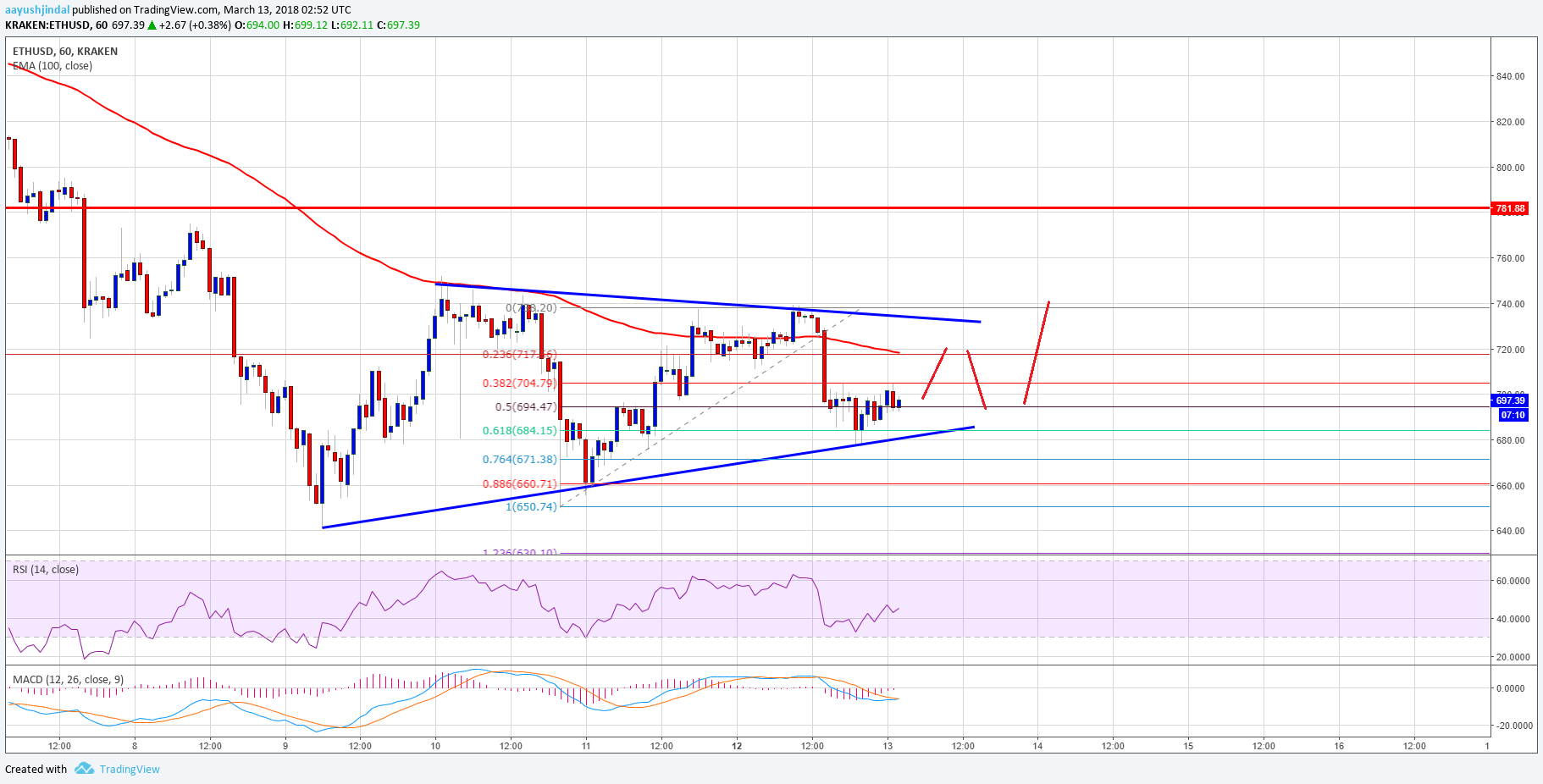 Ethereum price is struggling to gain traction against the US Dollar and Bitcoin. ETH/USD must break the $720 resistance and settle above 100 SMA to rise further.

There were mostly bearish moves below $750 in ETH price against the US Dollar. The price struggled to trade higher and formed a high near $738 yesterday. It failed to hold gains above the $720 level and the 100 hourly simple moving average. As a result, there was a downside reaction below the 50% Fib retracement level of the last wave from the $650 low to $738 high.

However, the downside move was protected by the $680 support. Moreover, the 61.8% Fib retracement level of the last wave from the $650 low to $738 high also acted as a support. At the moment, there is a contracting triangle forming with current support at $684 on the hourly chart of ETH/USD. On the upside, there is a major resistance near $717 and the 100 hourly SMA. Above $717, the triangle resistance trend line is at $735 on the same chart. Therefore, the price has to break the $717 and $735 resistance levels to gain upside momentum.

On the downside, the triangle support at $684 holds a lot of importance. A break below the $684 support could ignite a downside move back towards the last swing low of $650 or even $640.

Hourly MACD – The MACD is still in the bearish zone.

Hourly RSI – The RSI is moving higher, but it is still below the 50 level.