Ethereum price is declining versus the US Dollar and Bitcoin. ETH/USD remains at a risk of more losses below the $460 and $450 levels.

This past week, there was a sharp downside move initiated in ETH price from the $545 resistance against the US Dollar. The price tumbled and broke many key supports such as $520, $500 and $475. There was also a complete test of the last swing low near $448 and the price settled below the 100 simple moving average (4-hours). A low was formed at $449.08 before the price started consolidating losses. 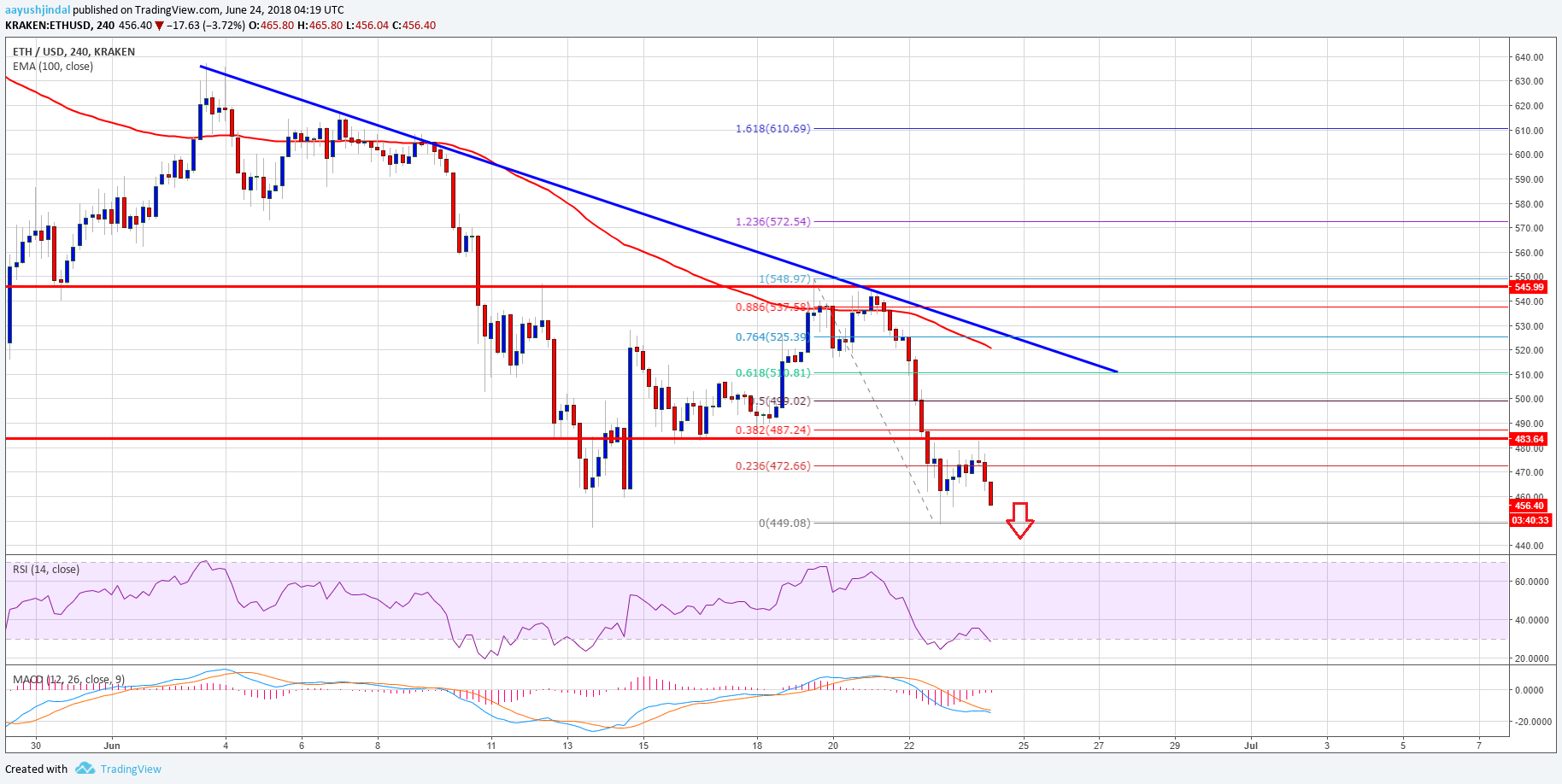 The above chart indicates that the price is in a downtrend below $500. It may perhaps continue to move down and it could even break the $449 low. The next support below $449 is around the $410 level.

4-hours MACD – The MACD is slowly reducing the bearish slope.

4-hours RSI – The RSI is currently well below the 40 level.