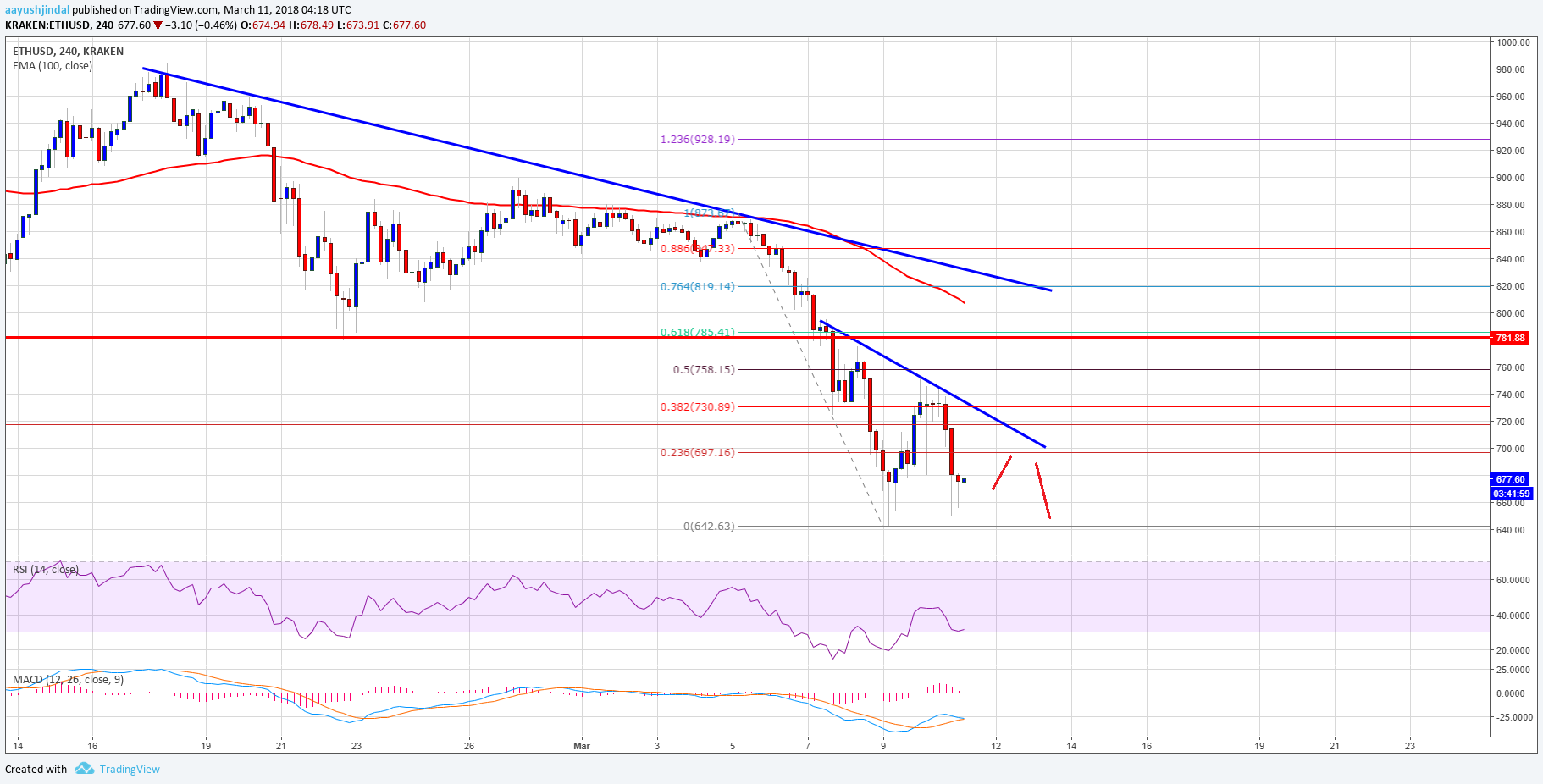 Ethereum price is trading in a negative zone against the US Dollar and Bitcoin. ETH/USD may continue to face sellers and it could soon trade towards $600.

There was a nasty decline in ETH price from well above $800 this past week against the US Dollar. The price started a downside move and traded below the $800 and $700 support levels. The downside pressure was aggressive and the price traded as low as $642.63. A recovery wave was initiated from the mentioned low, but the recovery was capped by the $740 level.

As long as the price is below the trend line and $720, it remains in a downtrend. Further to the topside, there is another bearish trend line with current resistance at $820. On the downside, the recent low near $642 is a short term support. A push below $642 could take the price towards $600.

4-hours MACD – The MACD is moving back in the bearish.