Ethereum price is moving with bearish signs versus the US Dollar and Bitcoin. ETH/USD must clear the $470 and $477 resistances to climb higher.

This past week, there was a solid upside move above the $500 level in ETH price against the US Dollar. The ETH/USD pair traded above the $510 level, but it failed to hold gains. As a result, there was a bearish reaction and the price declined below the $500 and $485 support levels. The price even declined below the $460 support and the 100 simple moving average (4-hours). 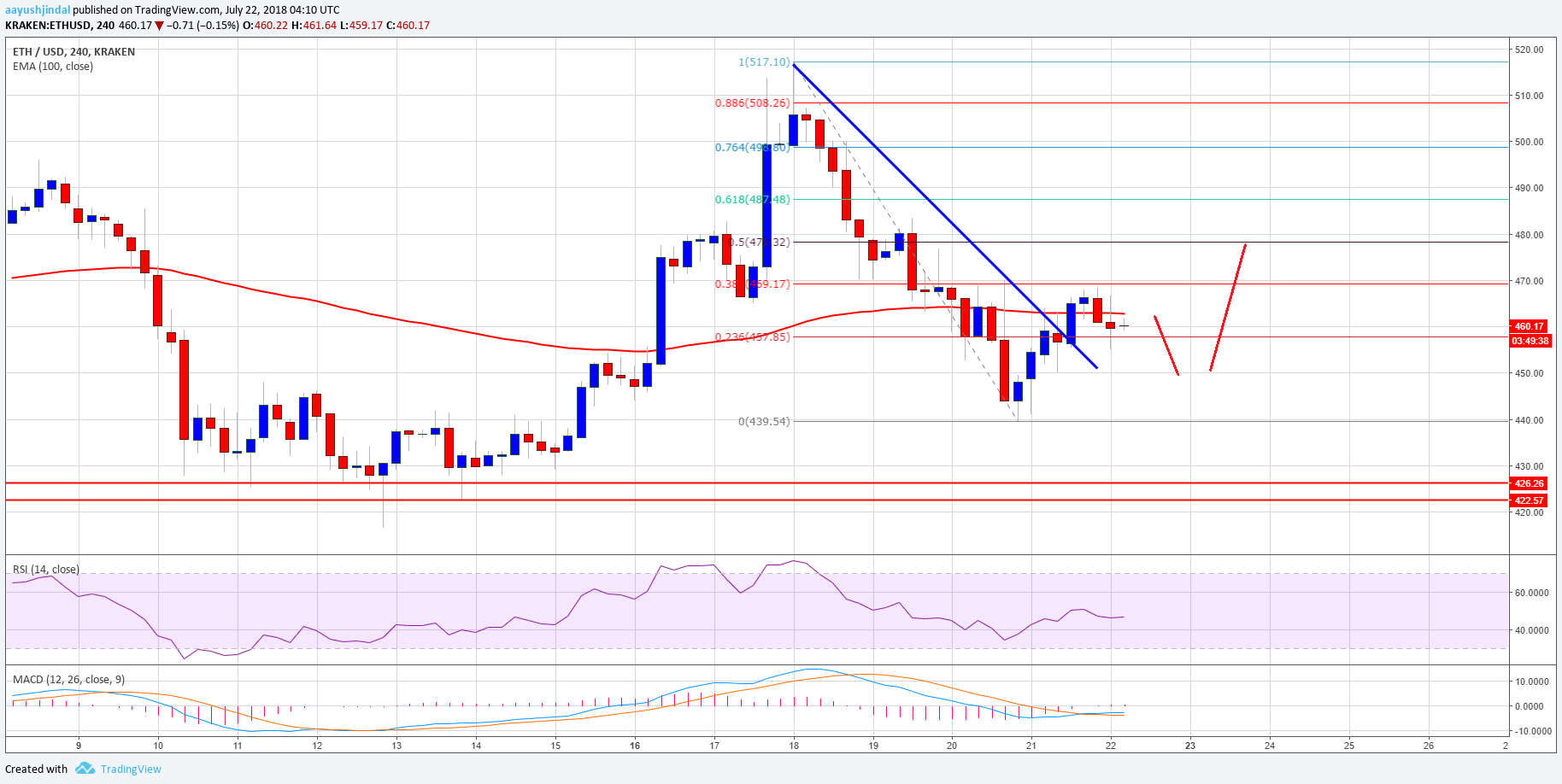 The above chart indicates that the price needs to gain momentum above $475 and $477 levels to move back in a bullish zone. If it fails to break the $477 resistance, it could decline sharply back towards the $435 and $422 support levels.

4-hours MACD – The MACD is mostly flat in the bearish zone.

4-hours RSI – The RSI is currently neutral around the 50 level.