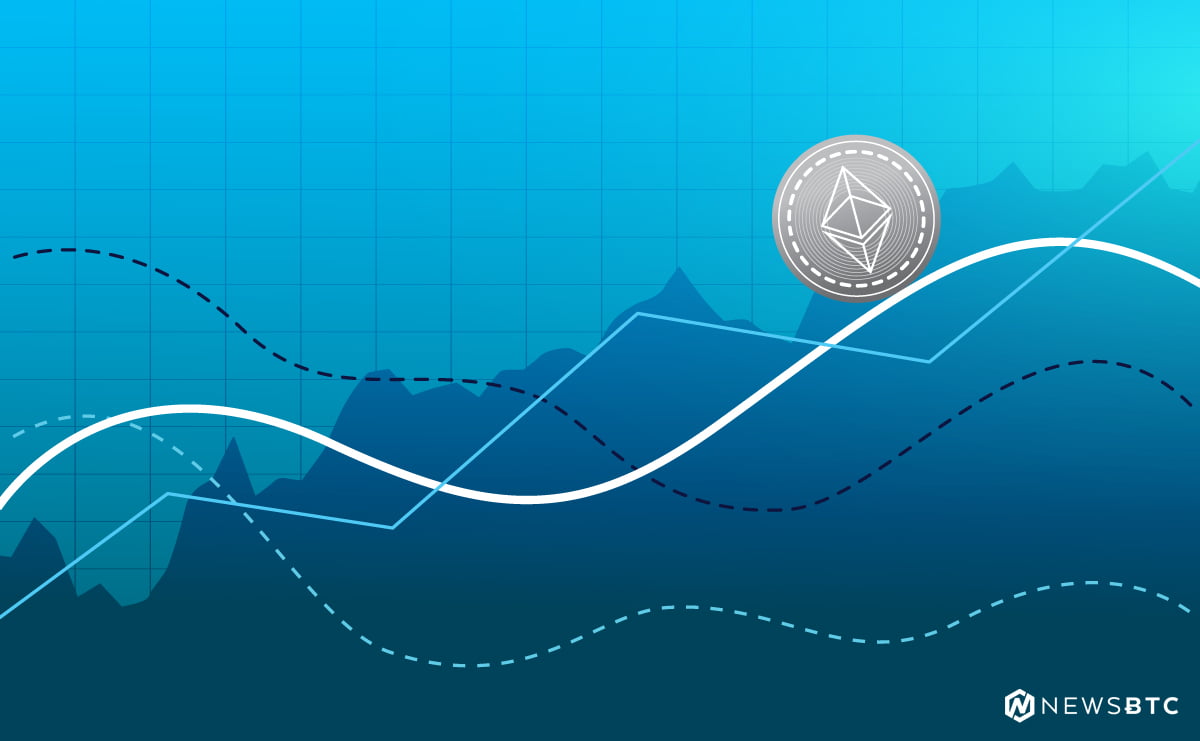 Ethereum price is trading with a positive angle versus the US Dollar and Bitcoin. ETH/USD eyes further upsides and a break to a new monthly high.

There were swing moves this past week above $600 in ETH price against the US Dollar. The price traded as high as $714.52 before starting a downside correction. It faced a strong selling interest, which pushed the price below the $680 and $640 support levels. There was also a break below the 23.6% Fib retracement level of the last bullish wave from the $486 low to $714. It opened the doors for more losses and the price tested the $600 support zone.

However, losses were protected by the $600 support zone. More importantly, a monster bullish trend line with current support at $660 on the 4-hours chart of ETH/USD also acted stopped losses. The pair jumped higher once again and moved above $640 and $660. It is currently trading near the $695 level and it seems like the price may continue to grind higher. The current price action is positive above $660 and a break above $700 is required for more gains. A successful break above the $700 level may call for a push above the $714.52 level in the near term. 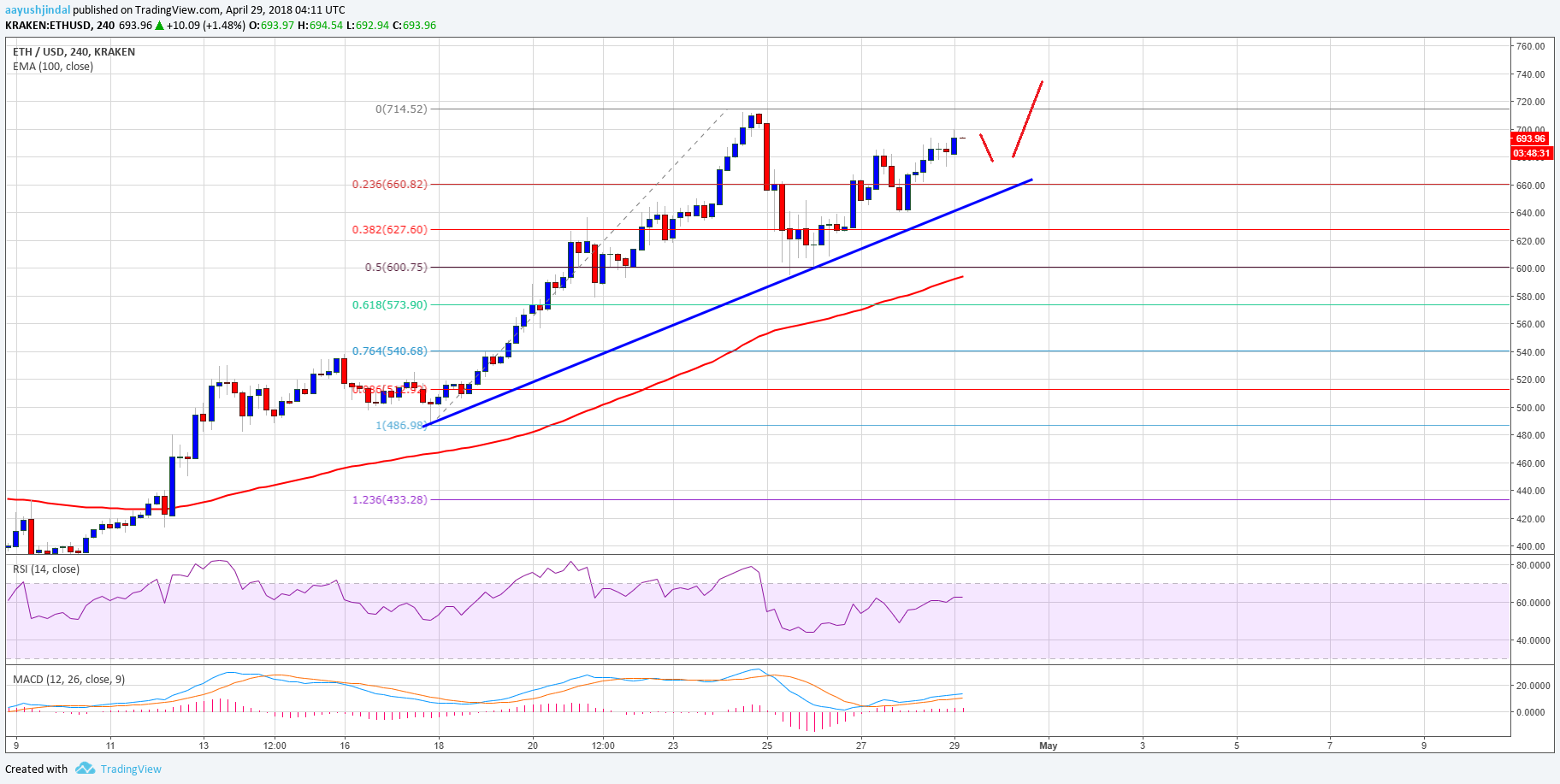 The above chart also indicates that the price remains supported above $660. A break below $660 may call for a downside push towards the $620 level.

4-hours MACD – The MACD is back in the bullish zone.

4-hours RSI – The RSI is currently moving nicely with a positive angle above the 55 level.