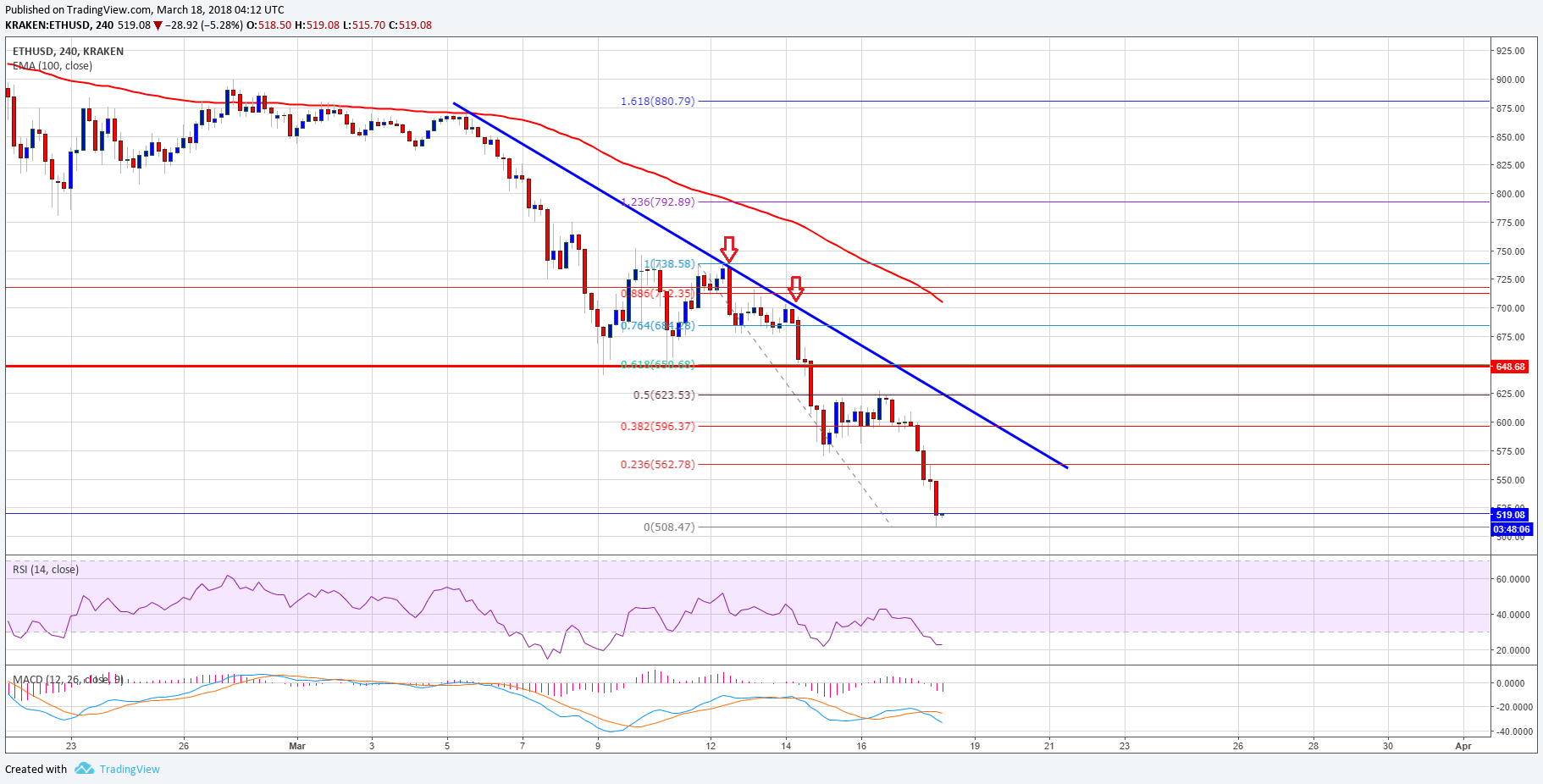 Ethereum price declined sharply during the past few days against the US Dollar and Bitcoin. ETH/USD could continue to move down below the $500 level.

This past week, a major downside move was initiated from the $750 swing high in ETH price against the US Dollar. The price declined and moved below the $700 and $600 support levels. The decline accelerated recently and sellers succeeded in pushing the price below the $560 support. ETH price is now trading well below the $600 level and the 100 simple moving average (2-hours).

The recent low was formed at $508 and it seems like the price may even not correct in the short term. An initial resistance is around the 23.6% Fib retracement level of the last decline from the $738 high to $508 low. Moreover, there is a major bearish trend line forming with resistance at $575 on the 4-hours chart of ETH/USD. The pair remains at a risk, and if there is a correction from the current levels, the $575 level could act as a major resistance.

On the downside, the recent low of $508 is a tiny support. It seems like the price may test the $500 level in the near term. A break below the $500 level could really put buyers under a lot of pressure. In the mentioned case, below $500, the price could move into a medium term downtrend with chances of more losses.

4-hours MACD – The MACD is placed well in the bearish zone.

4-hours RSI – The RSI is currently near the oversold levels.