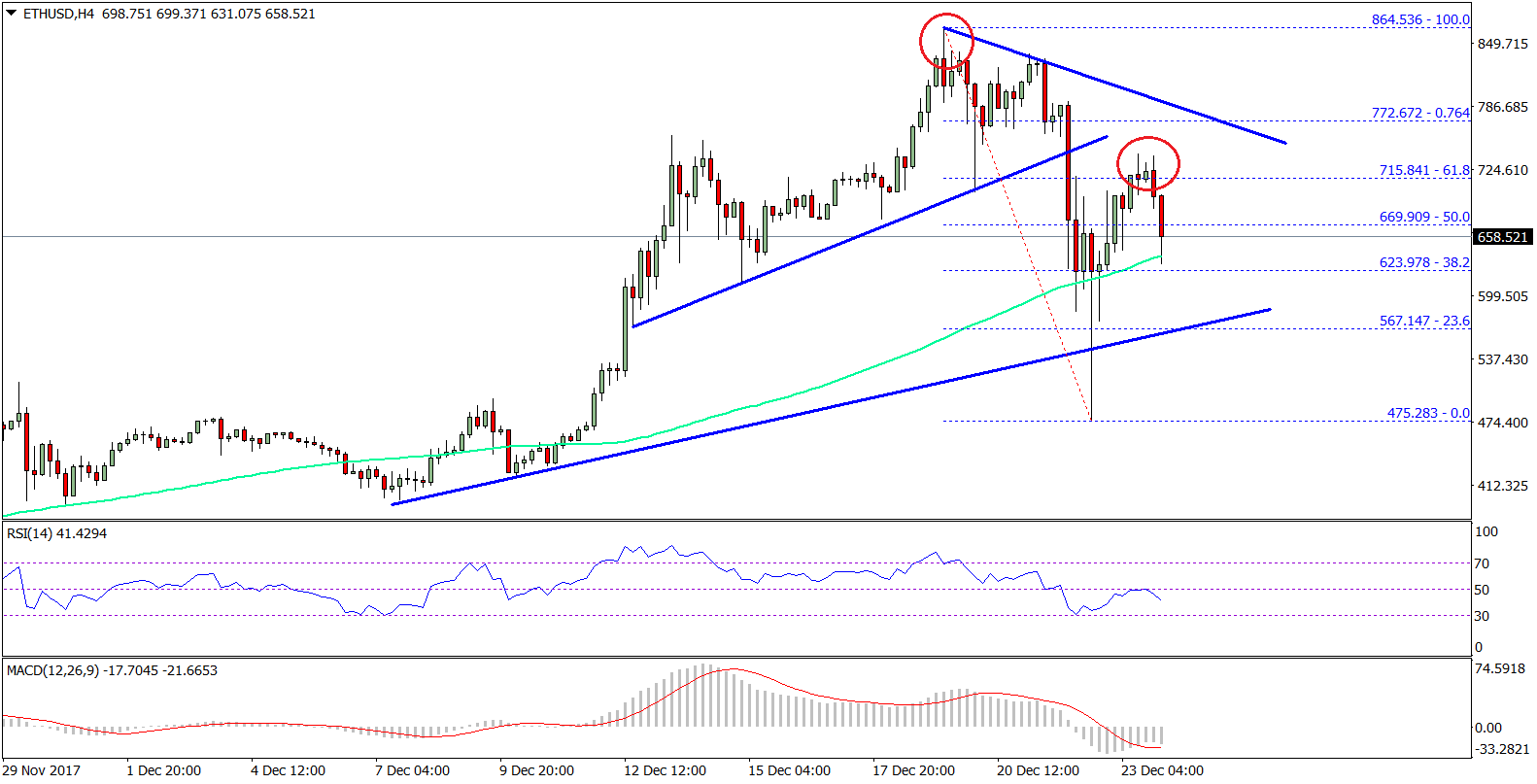 Ethereum price is slightly under pressure against the US Dollar and Bitcoin. ETH/USD is currently below $715 and is struggling to gain traction.

4-hours MACD – The MACD is currently in the bearish zone with negative signs.

4-hours RSI – The RSI is currently moving down and is below the 50 level.