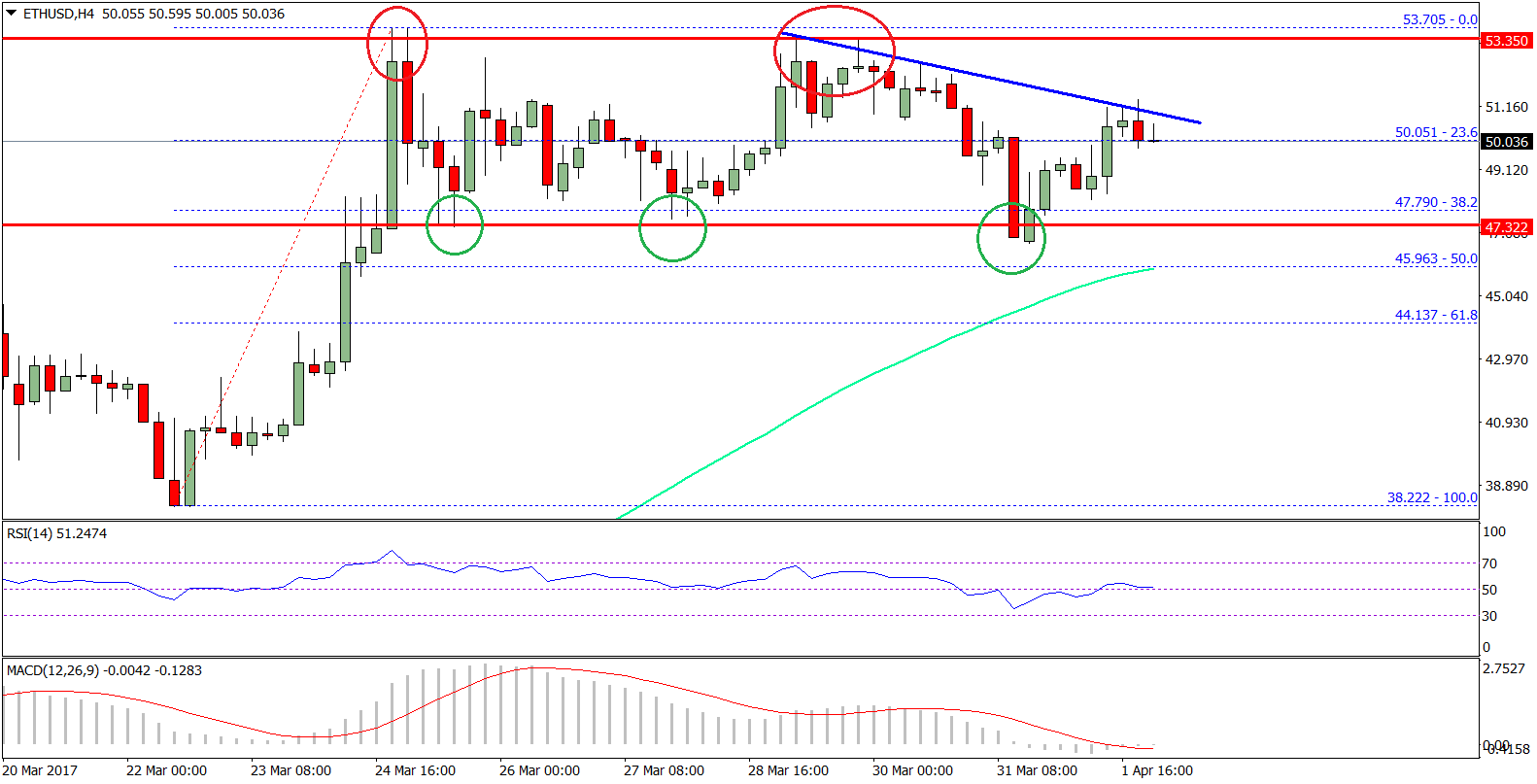 Ethereum price remained in a range with support near $47 against the US dollar, and currently ETH/USD is attempting a break.

There were mostly swing moves up and down in ETH price against the US Dollar and Bitcoin. Initially, there were declines in ETH/USD and ETH/BTC, but later the pairs managed to recover. It looks like the ETH/USD pair is mostly trading in a range with a major resistance near $53.70. Recently, the pair moved down, and traded near the range support above $47. The price almost broke it, but later managed to find bids for an upside move. The price is currently above $49.80, and facing offers.

On the upside, there is a tiny bearish trend line formed with resistance at $51.10 on the 4-hours chart of ETH/USD pair (data feed via SimpleFX). The price is currently struggling to break it. A break above it may call for a move towards the range high at $53.70. However, a push above the trend line resistance at $51.10 might not be easy.

4-hours MACD – The MACD is currently flat with major signal.

4-hours RSI – The RSI is attempting to settle above the 50 level, which is a positive sign.