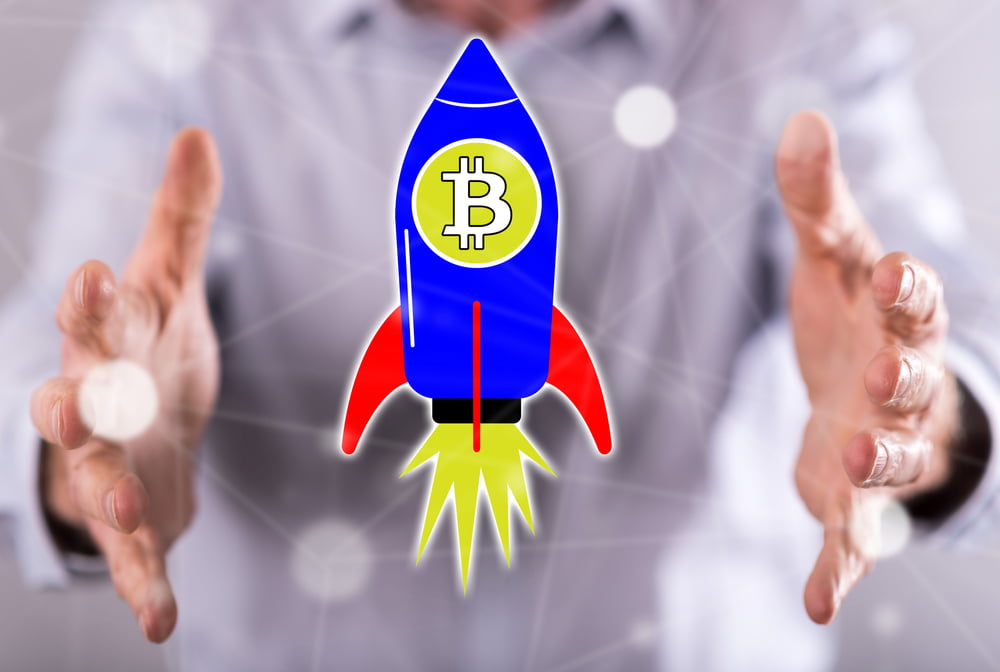 Bitcoin rebounded by almost 94 percent after bottoming out below $4,000 in mid-March. And the cryptocurrency could extend its upside momentum, according to a prominent investment management firm.

Coincident Capital said Tuesday that the bitcoin price could hit $8,000, taking cues from the recovery of global equities amidst an otherwise looming economic crisis. The Cayman Islands firm highlighted the growing correlation between bitcoin and traditional markets, noting that an impending recovery in stocks could help the cryptocurrency extend its uptrend.

“Bullish on Bitcoin,” tweeted Coincident Capital. “Equities pulled back today but give it time. If 6M unemployment didn’t bother equities and market is pricing a V shape recovery, at least short term. Bitcoin being correlated 60-80% these days will follow through and fill the 50% drawdown gap. IE 8k bitcoin.”

With the so-called “drawdown gap,” the firm was referring to the empty candles on the CME’s bitcoin futures charts. Analysts believe that the cryptocurrency’s spot rate always returns to fill the gaps like the one shown in the chart below via a red bar. Therefore, a jump in equities would lead bitcoin to at least test $8,000, the lowest level in the gap.

The same analogy shows that bitcoin could continue surging above $9,000 if it manages to close above $8,000.

The upside prediction took cues from a popular crypto media narrative that shows bitcoin tailing the stock market trend from the past four weeks. So it appears, both the asset classes fell against the fast-spreading Coronavirus pandemic as investors reportedly liquidated their positions to seek safety in cash.

Nevertheless, the stock market recovered part of their losses after global central banks introduced cushioning stimulus packages to safeguard their economies. The US Federal Reserve, for instance, slashed lending rates to near zero and pledged to buy government bonds, municipal debt, and corporate-bond funds.

Atop that, the US Congress passed a bill that promised to inject $2 trillion into the banking system. As of this day, the US benchmark S&P 500 was up 23.01 percent from its March 23 low of 2,191.0 points. Meanwhile, bitcoin is sitting atop 94 percent gains as measured from its local bottom level.

Speaking to the Wall Street Journal, Edward Park of Brooks Macdonald noted that a rally in equity markets does not represent a shift in investors’ sentiment. Instead, the upside gains have appeared due to a “vacuum of data.”

That also puts bitcoin at risk of facing extreme price volatility. If the cryptocurrency is recovering alongside equities, it could as well fall in sync. As Larry Cermak, the director of research at the Block, noted, bitcoin doesn’t have a clue what to do.

Everyone who's longing BTC here is effectively long S&P 500. There is some small divergence but the correlation is undeniable and nowhere close to going away. Bitcoin was even trading sideways over the weekend because it didn't know what to do pic.twitter.com/lkvcd99IkR

Tags: bitcoinbtcusdcryptocurrencyspx
Tweet123Share196ShareSend
BitStarz Player Lands $2,459,124 Record Win! Could you be next big winner? Win up to $1,000,000 in One Spin at CryptoSlots