Is It Right Time to Buy Bitcoins? 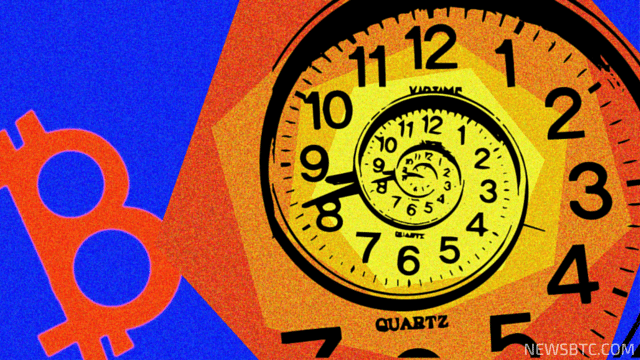 Bitcoin price may be heading towards a break and if buyers manage to take the price above $445, then a move towards $460 is possible.

Buy with a break?

Bitcoin price after trading close to the $415-00 support area managed to regain the bullish bias, and corrected higher. However, the upside move was stalled around an important level at $445, as it represents the 50% Fib retracement level of the last drop from the $472 high to $418 low. So, it can be considered as a major failure. Now, the price is forming a breakout pattern in the form of a contracting triangle on the 2-hours chart (data feed from HitBTC).

The 100 simple moving average (H2) is inside the triangle and acting as a minor pivot for the price. The highlighted triangle pattern is contracting and it is on the verge of a break. If the stated failure around the 50% Fib level is true, then we can witness a downside break. In that situation, there can be another bearish wave. On the other hand, if the price manages to break the triangle resistance area, then it could open the doors for more gains. The next hurdle on the upside can be around the 76.4% Fib retracement level of the last drop from the $472 high to $418 low.

Looking at the data feed from Bitstamp there are a few signs, which may encourage buyers to take the price higher. There are couple of bullish trend lines formed on the hourly chart, acting as a catalyst for buyers. Currently, the price is trading near the 100 hourly simple moving average (SMA). If there is a successful close above it, then the price might head higher. An initial resistance on the hourly chart could be around the 61.8% Fib retracement level of the last drop from the $457 high to $407 low.

If the price moves lower, then the highlighted trend lines and support area may come into play. It won’t be easy for sellers to break trend lines and push the price down. As long as the price is above $420, there is a chance of it gaining traction and moving higher. We need to keep an eye on the triangle pattern on the 2-hours chart for the next move, as a break above it may present us buying opportunity.

MA – The 100 hourly simple moving average (SMA) is currently acting as a pivot, and a close above it could push the price higher.

RSI (Relative Strength Index) – The hourly RSI is above the 50 level, which is a bullish sign.