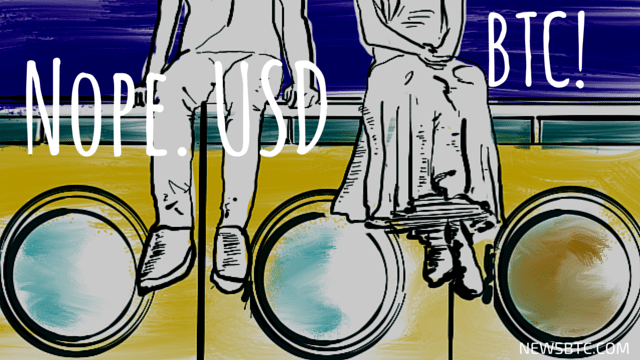 Even though retail bank fanatics and policy makers always blame the anonymity of bitcoin and claim that it is why bitcoin can be used in money laundering, the fact is that Fiat cash is the ultimate form of anonymous currency. Researchers have proven recently that the US $100 bill is the most commonly used currency for laundering the revenue of illicit activities.

Professor Edgar Feige believes that the US Dollar is the preferred currency for facilitation of various clandestine transactions, and for saving illicit and untaxed profits. Various reports point to the fact that almost 50% of the world’s hard currency is utilized to conceal transactions. Illicit transactions include drug and arms trafficking, in addition to unreported streams of income to skirt tax records.

Similarly, Fiat cash and bitcoin share a crucial property that renders them both perfect for various forms of illegal activities; neither demands a subpoenable, institutional intermediary. Tracking a bitcoin transaction between two parties is as hard as it is to track the location of a briefcase stuffed with US $100 bills. Just like fiat cash, there is nothing nefarious about the blockchain, but it is the electronic nature of bitcoin that creates a brand new wrinkle, as it can be sent online, instead of requiring people to meet in the real world.

In the imagination of many, Bitcoin is linked to online drug trafficking, unsavory figures and the risk to be exposed to hackers. This is not entirely untrue, as bitcoin has been used as the sole payment method for mail-order street drugs and firearms online black markets. It has been also a key component of today’s Ponzi schemes. However, drugs and firearms can also be purchased for US Dollars, so should we also blame the USD too for these illicit activities?

Although policy makers and legislators claim that they are trying to protect the society from the hazards of bitcoin use, in my opinion, the truth is that they are protecting the retail banking industry that can become obsolete, if bitcoin was to be globally adopted on a wider scale.

The IRS still considers bitcoin a property, not a currency, which limits the feasibility of doing bitcoin businesses in many states. Moreover, the latest regulation of the European Parliament regarding transfer of funds (20 May 2015) has put a lot of restrictions on money transfers that point to the fact that Europe will not be comfortable soon with an anonymous virtual currency like bitcoin.

Legislators must create a secure system that treats Bitcoin only as a currency which allows merchants and customers to rely on cryptocurrency as a lawful exchange medium. The IRS requires bitcoin holders to declare taxes on their capital gains which is a cumbersome, if not an impossible task to accomplish. Also, it is totally irrational to consider Bitcoin an investment asset, instead of a currency; all of this has to change.

Nonetheless, I believe that lawmakers will never legalize bitcoin until it is deanonymized, with a claim that this is the sole way to rid bitcoin of its negative connotations!!

Share your opinion on this with us here on NewsBTC.

Tags: bitcoinBitcoin newscashfiatMoney LaunderingUS Dollar
TweetShare
BitStarz Player Lands $2,459,124 Record Win! Could you be next big winner? Win up to $1,000,000 in One Spin at CryptoSlots