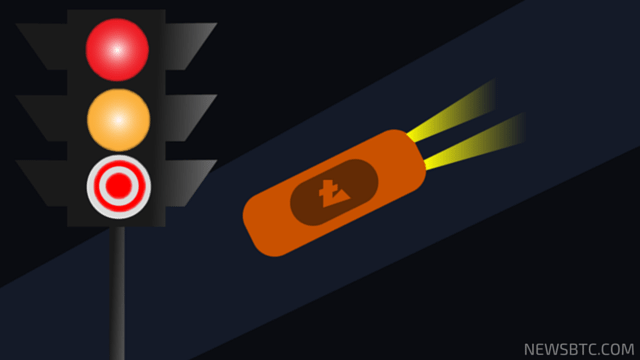 Litecoin price moved a few points lower to fulfil our sell target, but it would be very hard to say that the price is in a bearish trend.

Litecoin price – after finding bids near the $3.50 support area – traded higher earlier, but yesterday sellers managed to take the price down. There was a bearish trend line on the hourly chart (data feed from Bitfinex), as highlighted in yesterday’s post. The trend line and resistance area played well and stalled an upside break in Litecoin price. There was a solid resistance confluence area formed near $3.557, which acted as a barrier and ignited a short-term bearish rally.

The 100 hourly simple moving average (data feed from Bitfinex) along with the 50% Fib retracement level of the last drop from the $3.64 high to $3.47 low formed a confluence area near the trend line resistance. The stated confluence area perfectly prevented gains and pushed the price lower. An initial target of $3.50 was achieved, and now sellers have to be very careful as the mentioned area represents a major support area. It acted as a resistance and support many times, so it won’t be easy for sellers to break it. So, that is a reason why we can even attempt a small buy trade near the $3.50 support area.

If we look at the hourly chart with the data feed from HitBTC, then there is a contracting triangle formed. The price is currently struggling to break the triangle resistance trend line. The 100 hourly simple moving average is moving inside the triangle and the price is trading back and forth. The triangle resistance trend line is also coinciding with the 76.4% Fib retracement level of the last drop from the $3.72 high to $3.48 low.

So, a break above the triangle resistance area is needed for more gains in the near term. And, a break above the 76.4% Fib retracement level of the last drop from the $3.72 high to $3.48 low could open the doors for a full test of the last swing high of $3.72. On the downside, if the price closes below the 100 hourly simple moving average, then the triangle support area may be tested where buyers could attempt to stop losses. A break and close below the triangle support area may call for more losses and may take the price towards the $3.48 level.

Hourly MACD – The MACD is about to change the slope to bullish zone, which is a positive sign.

Hourly RSI – The RSI is above the 50 level, suggesting buyers may try to take the price higher.