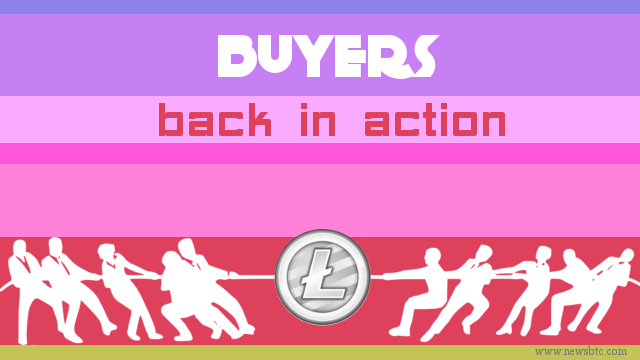 As expressed in Heads South, Litecoin has bounced off from near the support level of $4.360. It was earlier advised that the latest correction is a low-risk buying opportunity. Litecoin is presently trading up 1.77% at $4.650.

Market participants must also note that a bigger decline may be in store for Bitcoin, which is apparently leading Litecoin.

Interestingly, none of the technical indicators overlaid on the daily LTC-USD price chart point to bearish connotations for Litecoin. All remain firmly positive or stable.

Litecoin Chart Structure – In yesterday’s session, Litecoin continued its decline to $4.400, much closer to the said support of $4.360, before it regained its lost ground and hit $4.703 in the follow-up short covering.

Fibonacci Retracements – For a small period, the price sustained below the 23.6% Fibonacci retracement level of $4.471, but closed above it. The resistance remains the 38.2% retracement of $5.270.

Moving Average Convergence Divergence – On a positive note, MACD, Signal Line and the Histogram register values of 0.1884, 0.1285 and 0.0599 respectively.

Momentum – The Momentum indicator highlights the optimistic mood with a value of 0.9498.

Relative Strength Index – The RSI extends its flattish action as the latest reading comes in at 54.9309.

All the technical indications and the recent rebound should make Litecoin a good buy on dips candidate, but, in my opinion, Litecoin will ultimately break the floor as Bitcoin weakens further.

Market participants should consider building short positions on rallies up to $5.000 by placing a strict stop-loss above $5.270 for a primary target of $4.360.

Only high-risk traders should go for long positions near the support level for a target of $4.650 by placing a tight stop-loss just south of the support.

Expect a major move in Litecoin by the end of this week.