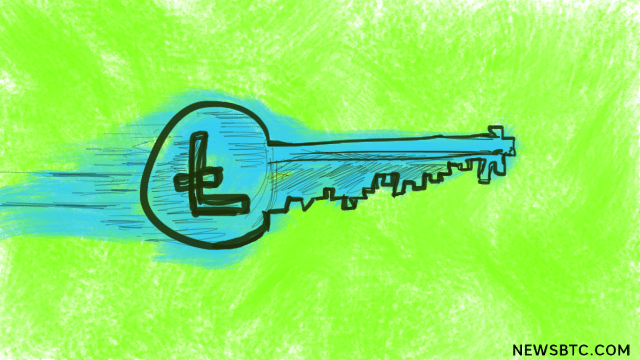 Litecoin price is attempting to move higher after completing a short-term correction, but facing resistance around a trend line.

The Litecoin price recently traded higher to move towards $3.25 where it found sellers for a move lower. There was a minor correction, which stalled near the 61.8% Fib retracement level of the last move from the $2.60 low to $3.24 high. The price started to move higher, and currently trading near a major bearish trend line on the hourly chart. The price is looming around the 100 hourly simple moving average, which might act as a catalyst for an upside move in the near term.

If the price breaks higher and clears the trend line and resistance area, then a move towards the last swing high of $3.24 might be possible. However, we must remember that $3.0 area is a major swing area, which might act as a hurdle for buyers moving ahead. Let us see how the price trades in the near term, as there are many signs of a bullish wave highlighting gains. The price has to settle above the 100 hourly MA for more upsides in the short term.

On the downside, the Lower Bollinger Band is a support area. A break below it might take the price lower may be towards $2.70. Any further losses could easily take the price towards the last swing low of $2.60.

The hourly RSI and MACD are still in the bullish zone, which points more gains moving ahead.