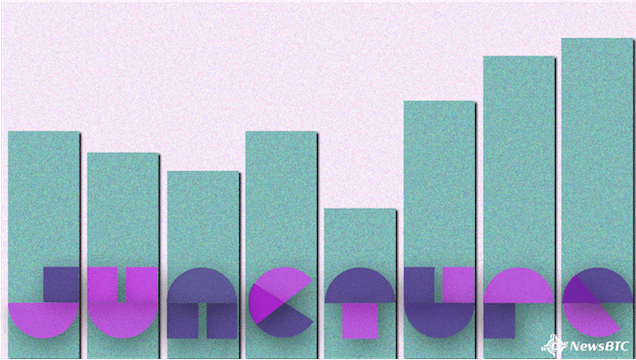 Litecoin price is trading near a critical juncture, as a break below the $3.50 and a close may call for more losses and a change in the trend.

Can Buyers Prevent a Break?

We mentioned during this past week’s analysis that the $3.50-55 area holds the key for Litecoin price. The price settled above the stated level this past week and traded as high as $3.64. There was a bearish trend line on the hourly chart, which was cleared to take the price higher. Now, it looks like a short-term top is created near $3.64, as the price corrected higher. However, the correction phase extended more than anticipated, and if sellers remain in control, then the price may head further lower.

If buyers fail to defend the $3.50 support area, and if price closes below the stated level, then a move towards the $3.45 level is possible in the near term. It could also call for a change in the trend from bullish to bearish. One important support area is around the broken triangle trend line on 2-hours chart with data feed from HitBTC. The highlighted trend line acted as a support on many occasions, and it looks like it may play a crucial role for both buyers and sellers in the near term.

One other key point to note is the fact that the 61.8% Fib retracement level of the last wave from the $3.48 low to $3.72 is also around the broken trend line (data feed from HitBTC). The 100 simple moving average (H2) is also positioned around the broken trend line, suggesting that the price is at a critical level. Let us see if the price can move higher or break the highlighted support area in the short term. A move down could easily take the price towards the last swing low.

Hourly MACD – The MACD is in the bearish slope, which is a sign of more losses in the short term.

Hourly RSI – The RSI is below the 50 level, suggesting sellers are in control.

Tags: LitecoinLitecoin price analysislitecoin price chartlitecoin price weekly analysistrading
Tweet123Share196ShareSend
BitStarz Player Lands $2,459,124 Record Win! Could you be next big winner? Win up to $1,000,000 in One Spin at CryptoSlots