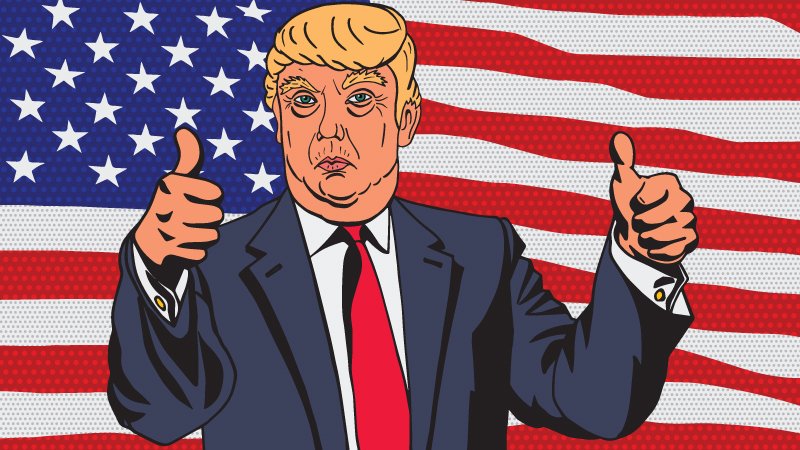 Bitcoin was trading in the negative zone on Thursday as US President Donald Trump raised hopes for a potential trade deal with China.

The benchmark cryptocurrency plunged another 0.34 percent to $8,408.01 on San Francisco-based Coinbase exchange. Earlier this week, it had experienced a massive sell-off that sent the price down by more than $1,500 in a day. Analysts blamed BitMEX, a controversial bitcoin derivatives exchange, for causing the said crash, accusing the firm of liquidating Long positions worth more than a billion-dollar. Bitcoin has stabilized ever since but remains under the fear of slipping further.

That is partially due to a lack of institutional interest as investors switch positions between mainstream risk-on and risk-off assets. On Thursday, they maintained refuge in equities after Trump raised hopes for a peaceful trade negotiation with China. The president said that the end of US-China trade war “could happen sooner” than one thinks. The comments came after he signed a partial trade deal with Japanese Prime Minister Shinzo Abe.

Investors also reacted positively to the release of a transcript that contained telephonic conversation between Trump and his Ukrainian counterpart Volodymyr Zelensky. It provided no evidence that the US president threatened to withhold a $400 million aid to Ukraine, an accusation that earlier prompted the Democrats to start an impeachment hearing against Trump – and sent US equities down.

As a result, US stocks rallied on Wednesday and hinted to grow further during the Thursday session. Negatively correlated asset Gold, on the other hand, plunged 1.90 percent. It, as of the press time, is recovering. Bitcoin, which might have fallen due to in-house catalysts this week, is looking weaker.

Bitcoin surged by more than 150 percent in the second quarter of 2019, primarily driven by an escalating trade war during the same period. The positive correlation allowed analysts to treat bitcoin as a safe-haven asset against a dwindling global economy. With Trump now hinting to close the deal on a positive note, and bitcoin lately becoming a no-performer as both risk-on and safe-haven asset, investors could start looking elsewhere.

Nevertheless, to some, bitcoin’s latest price crash has nothing to do with what Trump is doing to China or any other macroeconomic event. For them, the downside move is a technical, bearish correction after the cryptocurrency’s 200 percent gains since the last cycle low of circa $3,100.

First time getting a chance to look at the $BTC chart since the dip.

Bruhh there wasn't even a break out in volume, we're still just consolidating here. Wake me up when we start trending again ? pic.twitter.com/FYf1DKpD0P

Thomas Lee of Fundstrat, meanwhile, thinks the next bitcoin upside move will follow that of US equities. That means even a trade deal between the US and China could benefit the cryptocurrency as investors become comfortable with investing in risky assets.

As for now, bitcoin stands clueless as it trends in a troubling, consolidating range.