Ripple price is slowly correcting higher against the US Dollar and Bitcoin. XRP/USD is currently struggling to break $0.7050 and the 100 hourly SMA with a few positive signs. 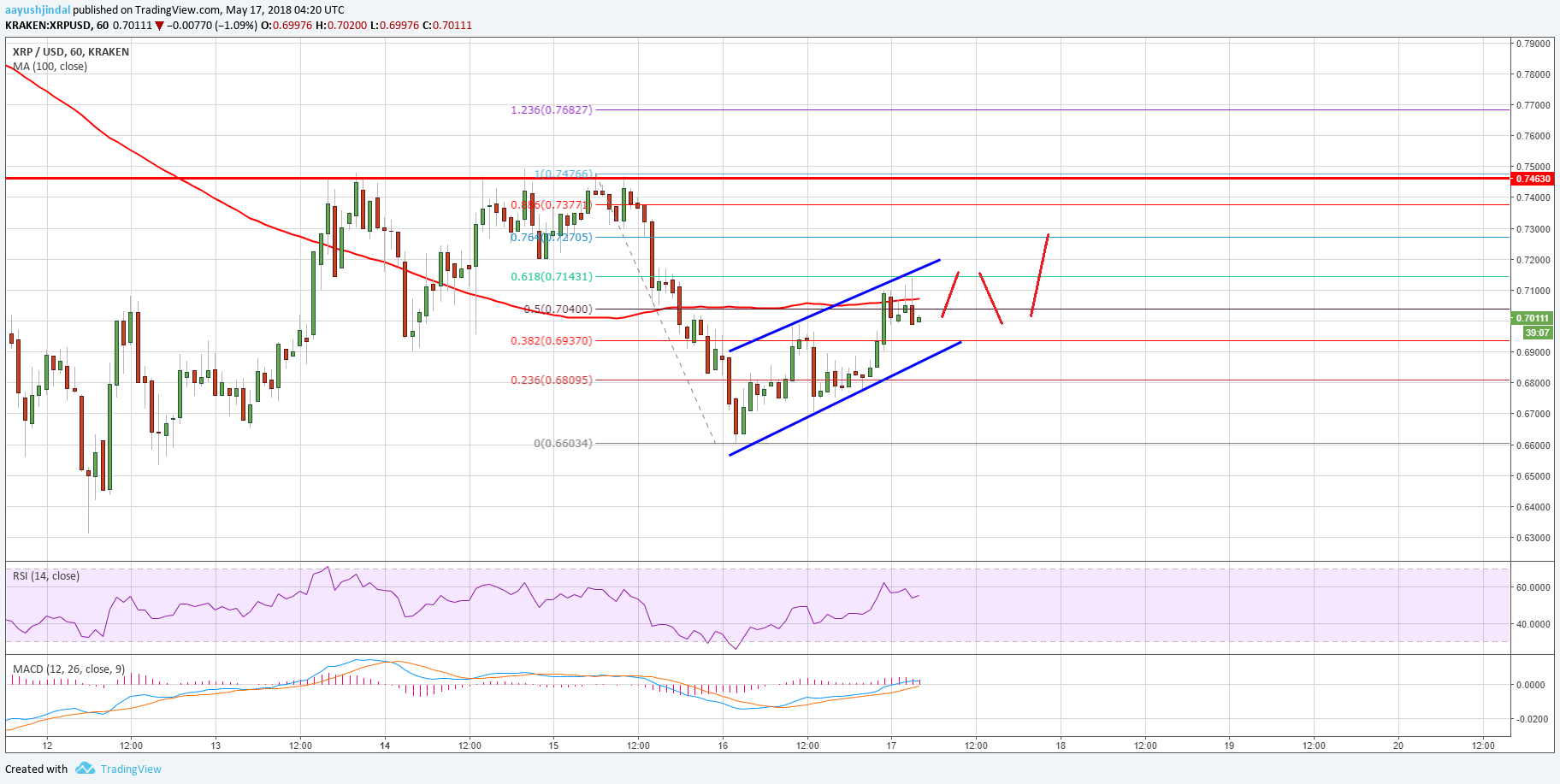 Looking at the chart, the price is trading nicely above $0.6800, but a break and close above 100 hourly SMA is must for buyers to take control. On the downside, the channel support at $0.6900 holds the key. Below this, the price could move back towards the $0.6600 level.

Bitcoin Just Tapped $13,000 as Buyers Continue to Rush In