Ripple price is trading with a positive bias against the US Dollar and Bitcoin. XRP/USD must break $0.4620 and $0.4650 to accelerate higher in the near term.

This past week, there was a sharp decline in Ripple price from well above the $0.5000 level against the US Dollar. The XRP/USD pair declined and cleared the $0.4600 and $0.4500 support levels. There was also a close below the $0.4500 level and the 100 hourly simple moving average. The price traded as low as $0.4292 before buyers took a stand and protected more losses. 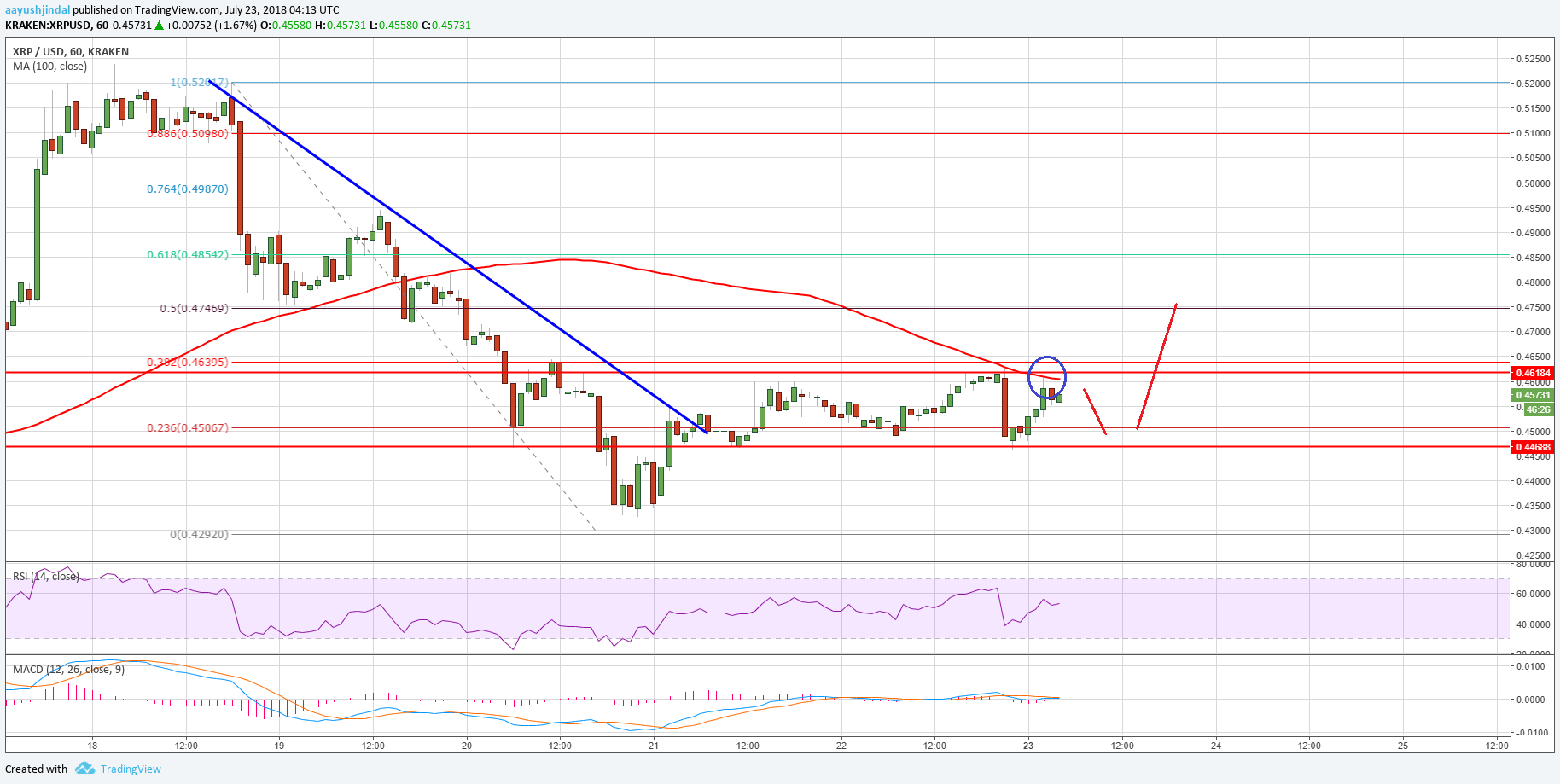 Hourly RSI (Relative Strength Index) – The RSI for XRP/USD is positioned above the 50 level.